When most people think of the great museums of Paris, the list is always topped with the Louvre. Understandably so, as it contains some of the most famous paintings in the world, as well as extensive collections of Egyptian, Roman, and Mediaeval European antiquities. They might also think of the Musée d'Orsay, housed in a former train station on the Left Bank of the Seine and exhibiting the works of the great Impressionists. Or the very modern Centre Georges Pompidou with its Musée National d'Art Moderne. Or the Musée national du Moyen Âge, also known as the Musée de Cluny, dedicated to the Middle Ages. Or the scientific and technological collections of the Musée des Arts et Métiers.

Oddly left off most lists is the sprawling Muséum national d'histoire naturelle in the Jardin des Plantes. Off the beaten path, the Muséum national d'histoire naturelle is a gorgeous complex of museums, gardens, and a menagerie covering 28 hectares. Like the more famous Louvre, appreciating its breadth of collections requires a full day, at minimum, and could easily benefit from more days than one. 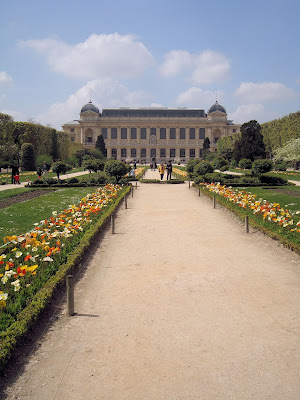 Known originally as the "Jardin du Roi", the gardens were founded in 1626 by King Louis XIII. In 1635, the king's physician Guy de La Brosse established a medicinal herb garden there. Then in 1640, the grounds were opened to the public for rest, contemplation, and education. A Labyrinth was added when the Comte de Buffon was appointed curator in 1739. In the furor of the French Revolution, the royal menagerie at Versailles was displaced to the Jardin des Plantes.

In 1793, the same year that the menagerie was moved to the site, the Muséum national d'histoire naturelle was created. Some of the greatest and most historic names in French science held chairs there, including Georges Cuvier, Jean-Baptiste Lamarck, Michel Eugène Chevreul, and Henri Becquerel. The entire site, comprising six institutions on the grounds (the Muséum national d'histoire naturelle includes several other museums and zoos across Paris and France), is itself an historic site as well as a place of education. This can make for unique challenges, as in the case of menagerie. As the second oldest civic zoo in the world, nearly all of its buildings are registered heritage resources, which is awkward when taking modern standards of animal care into consideration.


The Galerie de paléontologie et d'anatomie comparée was built in 1898 as an extension of the 1900 Exposition Universelle, which also saw the construction of the stunning Grand Palais, Albert Robida's Le Vieux Paris, the innovative L'Aquarium de Paris, and Le Globe Celeste flanking the Eiffel Tower. A classical museum in the best sense, Galerie de paléontologie et d'anatomie comparée displays a seemingly endless legion of skeletons from modern and prehistoric animals. The first floor has everything from whales to bison to the Rhinoceros of Versailles, part of the royal menagerie that was executed by revolutionaries rather than moved to the Jardin des Plantes. The Rhinoceros articulates how the Muséum national d'histoire naturelle is not just a museum of history but in itself an historical site. You find things like the Rhinoceros or specimens collected by Cuvier himself in its walls. 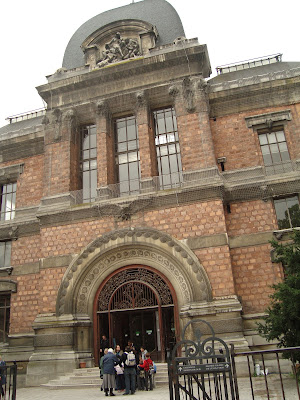 The second floor Galerie de paléontologie et d'anatomie comparée holds the fossil specimens, and highlights the challenge of trying to stay current in such an historic building. A Victorian presentation might inadvertently communicate a Victorian idea of dinosaurs. The Galerie balances this as well as one might hope. There are amazing things there, like mummified Woolly Mammoth remains, but the real attraction is its historicity. The building itself is artful and beautiful. The skeleton-like cast iron decorative elements are as captivating as the skeletons of ancient life.


The lobby of the Galerie de paléontologie et d'anatomie comparée holds a bizarre sculpture of a battle to the death between an Orangutan and a native of Borneo. A quick survey of statuary around the Jardin des Plantes sees a recurring theme of man's conflict with and violent subduing of nature. Such was the dominant, competitive Victorian conception of the world, presumably understood to have been conquered with the hand-in-hand spread of colonialism and scientific inquiry. 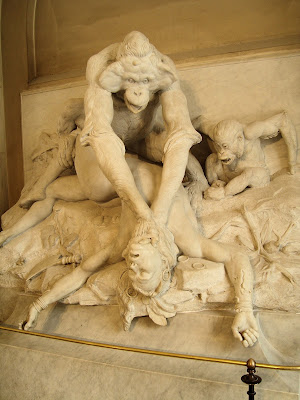 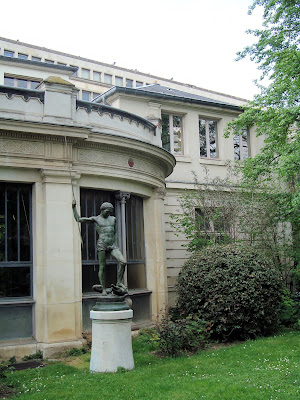 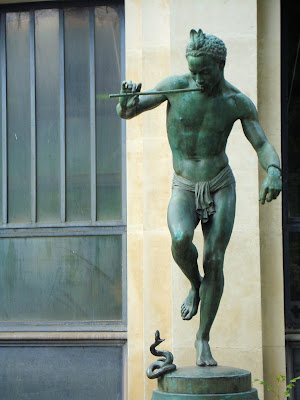 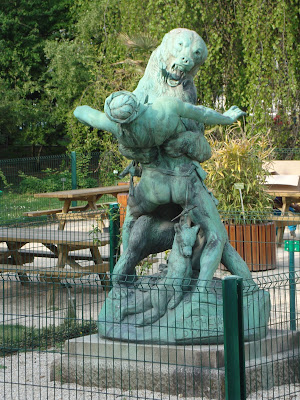 Several greenhouses dot the Jardin des Plantes, each with different themes. One has a particularly excellent display pairing fossilized plants with their modern counterparts. For those interested in the aesthetic values of Victorian greenhouses, they are a particular treat unto themselves, beyond their contents. 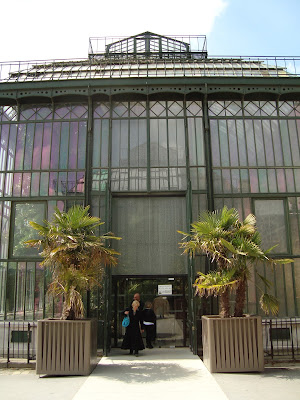 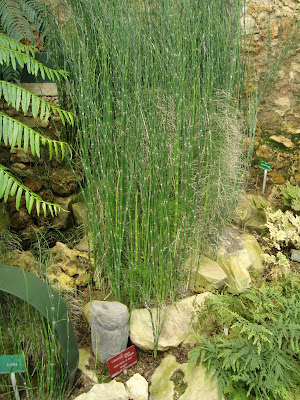 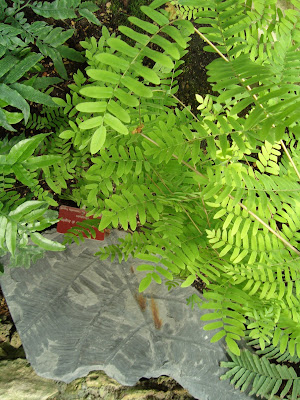 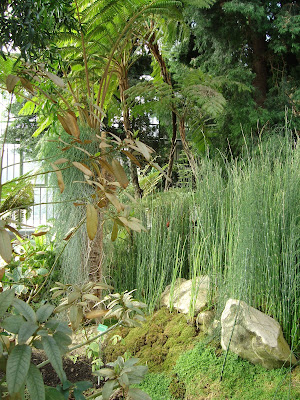 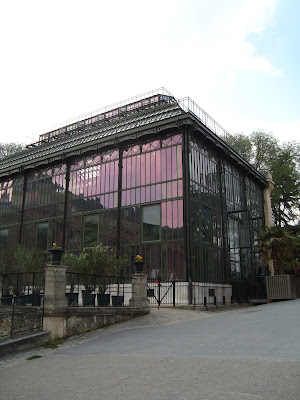 Not only the greenhouses, but the archtecuture throughout the site is beautiful in the best French Beaux Arts style. 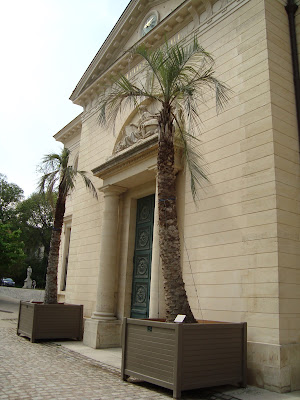 The clearest expression of the challenges faced by the Muséum national d'histoire naturelle is the Grand Gallery of Evolution. The dominant structure on the site, it was designed by Jules André in 1889. Originally much like the Galerie de paléontologie et d'anatomie comparée, this grand Victorian edifice used a tremendous skylight to provide visibility for its collections of stuffed and mounted animals. In 1994, the building was extensively renovated and rechristened for a new role of teaching about evolution, extinction, and conservation. Unfortunately the interior feels much more like a nightclub than a museum, to the point of distraction. Nevertheless, parts of the gallery are powerful, such as an exhibit of animals made extinct by the hand of man.

A visit to the Muséum national d'histoire naturelle can be an ambivalent experience when considering extinct animals and Victorian colonial ideas of nature. That is the challenge of many museums in France - the Louvre would have no Egyptian collections if not for Napoleon - and, one could argue, France itself. Nevertheless, for the aficionado of the natural sciences, beautiful architecture, and the history of life on Earth, there are few institutions with the scope and heritage of the Muséum national d'histoire naturelle.
Presented by Cory Gross