It is not without truth, or reason, that Science Fiction has traditionally been a Western-dominated and male-dominated genre. Scientific Romances grew out of the intersection between scientific investigation, technological invention, and colonial exploitation, as the most educated classes in Western society attempted to grapple with the challenges and opportunities of the Industrial Revolution. Voices of the colonized and those with less opportunity tended to be more marginal.

Many of these cultures were not experiencing the full brunt of the Industrial Revolution as such. For example, Canada does not have an especially strong tradition of Scientific Romances because it was, for most of the country through most of the 19th century, a wilderness colonial hinterland sparsely populated with farmers, trappers, and indigenous peoples. The colonized were also less likely to be writing, especially in English, especially in a genre that required a reasonable amount of technological, scientific, and cultural knowledge. An average indigenous person in a colonized nation would be unlikely, through no fault of their own, to have the same resources and opportunities available to them as a Jules Verne would, who could access information about the entire world through the library in Amiens.

But some people are not average. The short story Sultana's Dream has a unique place in the canon of the genre, as a Scientific Romance written by a Bengali Muslim woman. Published in 1905, feminist and social reformer Begum Rokeya Sakhawat Hussain used the medium of Scientific Romance to postulate a reversal of fortune for women in her society, turning the tables on the men and hypothesizing a female-run utopia.

On November 12th, the Walt Disney Company launched it new streaming service Disney+. Though limited in scope right now, the service has the potential to offer an incredible assortment of films and TV shows through the company's various brands: Disney, Lucasfilm, Pixar, Marvel, National Geographic, and 20th Century Fox. And in the mix are some classics of Retro-Victorian Scientific Romances, including some unexpected hidden gems. 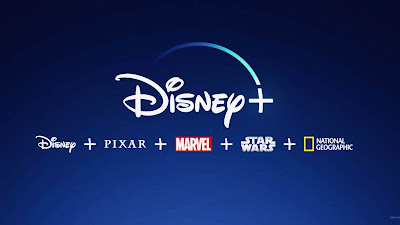 The following is a guide to what Disney+ has available, with the apologies that I'm subscribed through the Canadian version of the service. It has already been made apparent that Disney+ is unable to break the geo-locked curse of Netflix. 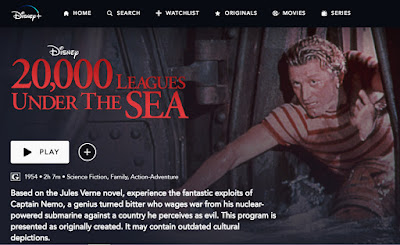 Disney+ has much more to offer than Retro-Victorian Scientific Romances, of course. Nearly every Disney animated classic is on there, many of the True-Life Adventures nature documentaries (my favourite being The Vanishing Prairie), Disney Afternoon cartoons, and much vintage content (the US version has the first five episodes of The Mickey Mouse Club, for example). My only complaint is that it needs more vintage content from the Disney vaults, especially those original episodes of the Walt Disney's Disneyland/Wonderful World of Color/Wonderful World of Disney TV series, and that they need to break the geo-lock so everything on the US version is available in Canada. The service also features several National Geographic documentaries (including two on two of my most favourite places in the world, Yellowstone and Grand Canyon national parks). The future will undoubtedly bring more films in the genre, such as In Search of the Castaways and Island at the Top of the World (1974). For now though, that's a pretty good list to keep one going.

P.S.: No, Disney didn't pay me for this, though I certainly wouldn't have turned it down.
Presented by Cory Gross No comments:

Strange doings, what? A roadway collision sends a woman spiraling through the air until her umbrella opens and the wind carries her off, Mary Poppins-like. She comes to rest on a church spire, with no recourse but to wait for rescue by a local inventor and his flying machine. Released in 1906 by director Percy Stow, Rescued in Mid-Air is a fun little trick film hailing from one of the United Kingdom's Méliès imitators. A lower-resolution can be watched below, or you can hold out for a higher-resolution copy on the BFI online player. 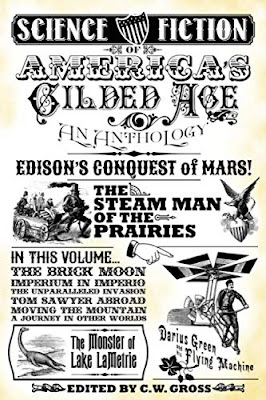 Extraordinary voyages, fantastic inventions, and challenging questions about technology, race, gender, the future, and the meaning of the United States of America. The period between the Civil War and the Great War – dubbed the “Gilded Age” by Mark Twain – was the crucible of modern America and few genres were as suited to grapple with its troubles and opportunities as speculative fiction. This volume features rarely reprinted stories by such authors as Mark Twain and fellow humorist Ellis Parker Butler, pioneering feminist author Charlotte Perkins Gilman, African American activist Sutton E. Griggs, science writer Garrett P. Serviss (the Neil deGrasse Tyson of his day), Jack London, dime novelist Edward S. Ellis, and John Jacob Astor IV, the richest man to die aboard the Titanic. Science Fiction of America's Gilded Age also includes a new introduction by me, as the much more pretentious and professional-sounding C.W. Gross.

To order Science Fiction of America's Gilded Age, clicking here or on the link below will take you through my Amazon Associates store, through which your purchases will further support Voyages Extraordinaires.  If you can also share this post or the Amazon Associates link on your social networks, leave a review on Amazon, and rate Science Fiction of America's Gilded Age, that would go a long way to helping spread the word!

Thank you very much for you support of this blog for all these years and for your purchase of my new anthology. And yes, I'm already gathering stories for a companion anthology of Antebellum American Scientific Romances!
Presented by Cory Gross No comments: