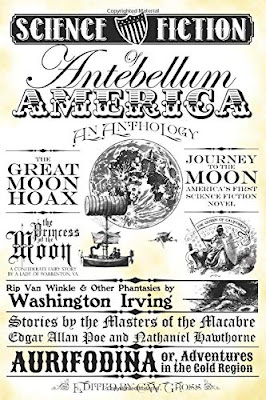 If we can't export the scenery, we'll import the tourists.

Unlike its neighbour to the south, Canada was not founded on any high ideals about "life, liberty, and the pursuit of happiness." On the contrary, Canada's comparable motto has been "peace, order, and good government"... A much more prosaic ambition, though certainly no easier to achieve. Canada's history is largely economic instead of ideological, a larder of natural resources to be exploited by European industry rather than a new "Promised Land" of liberty.

The first of these industries was the fur trade. The lure of luxurious fur and an expanded French empire drove Samuel de Champlain to establish Quebec in 1608. "Canadien" coureur des bois did a brisk business in beaver fur, independently trading with local Indigenous peoples, until Pierre-Esprit Radisson and Médard Chouart des Groseilliers ran afoul of Quebec's governor in 1659. Soured to France, the pair turned to England and King Charles II, who signed the charter of the Hudson's Bay Company in 1670. That company, which still exists as Canada's iconic department store chain, followed waterways into the heart of the continent, expanding the British Empire as they went.

The formation of the Dominion of Canada was also largely economic. In 1867, a quartet of independent British colonies joined together in "Confederation" to solidify trade and reinforce British sovereignty against a rapacious United States. Ontario, Quebec, Nova Scotia, and New Brunswick were joined in 1871 by Prince Edward Island and British Columbia. Lying between Ontario and British Columbia was a fair bit of space, monopolized by the Hudson's Bay Company. Anticipating the integration of British Columbia, the government of Canada bought the Hudson's Bay Company's interests in 1870. According to the Royal Proclamation of 1763, full title to the land could only be obtained from their sovereign inhabitants, leading to a series of treaties from 1871 to 1921 between the Crown and the Indigenous peoples of what is now Western Canada. It was from these "North-West Territories" that the provinces of Manitoba, Saskatchewan, and Alberta, and the territories of Yukon and Nunavut, were eventually carved out  (Newfoundland did not join Canada until 1949).

British Columbia, isolated on the Pacific coast, only agreed to join Confederation on the promise that a railway would be built connecting them to the markets in the East. After various and sundry political scandals, the Canadian Pacific Railway finally began construction in 1880. Anticipating a decade-long project, it was actually completed in five years. The CPR still holds the record for the most amount of track laid by hand in a single day. As one can imagine, laying down that much track that quickly is very expensive. When the last spike was driven on November 7, 1885, in Craigellachie, British Columbia, the Canadian Pacific Railway slipped immediately into the tourism business.


Central to the CPR's strategy was the creation of a new national park. The world's first national park was Yellowstone in the United States, established on March 1, 1872. Within a decade Northern Pacific Railway laid tracks to park's northern gateway, and within the next two decades built up an infrastructure of luxurious lodges like Old Faithful Inn, Mammoth Hot Springs Hotel, and Lake Hotel. This didn't escape the notice of Canadian Pacific, and in the course of building the railway through the Canadian Rocky Mountains they accidentally happened across exactly the attraction around which to build a national park.

For as long as Indigenous peoples have lived in Western Canada, they have known of the hot springs that bubble up from beneath the Canadian Rockies. One of the oldest settlements in the country was found by archaeological surveys on the shores of Vermillion Lakes. 10,700 years ago, Indigenous bighorn sheep hunters camped near hot springs that emptied into the lake, maintaining open waters even during the depth of winter. Early European explorers came across them through the 1850's and 1870's, but they were brought to public attention when railway workers Frank McCabe and William McCardell descended through the roof of a hot spring cave. They attempted to set up a spa by the cave and its nearby open-air hot spring pool, prompting a legal battle into which the Government of Canada (by the CPR's invitation) intervened to establish Banff Hot Springs Reserve in 1885. This was expanded to "Rocky Mountain Park" in 1887, and finally expanded and renamed to Banff National Park in 1930. Banff was Canada's first national park and the second oldest extant national park in the world after Yellowstone.

350 Years of the Hudson's Bay Company on Film 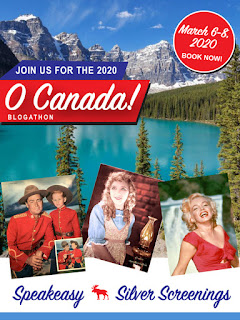 Today's special post comes from the 2020 O Canada! Blogathon. Click on the banner above to learn more about films from the Great White North!


One of the oldest American film genres is the Western, dating back to 1903's The Great Train Robbery. Being one of the oldest, it has also been the most prone to falling in and out of favour. Worse yet, it can often become a victim of its own popularity. In the heydays when Westerns were everywhere, filmmakers looked for every opportunity to set the next serial, B-movie, or A-lister apart. That sometimes led to inspired insanity of Weird Westerns like Gene Autry's Phantom Empire, but one of the most enduring has been the "Northern." Still steeped in American attitudes and traditions, the action is transplanted to the mighty "Northwoods." Mounted Police take the place of sheriffs and rangers (despite having very different approaches to law enforcement), French Canadians and Métis take the place of Mexicans and swarthy "half-breeds", the Sierra Nevada mountains replaced Griffith Park (few productions ever actually made it up to the Canadian Rockies), but the movie "Indians" remained more or less the same. And snow. Always snow.

The Klondike Gold Rush of 1896-97 became a potent setting, though it was always imagined by Hollywood's writers and directors to be a wild and lawless place more like Nevada, filled with gunfights and swaggering riverboat gamblers. The reality was that the Mounted Police under the command of Sam Steele kept everything very orderly in the Queen's Dominion, much to the surprise of unruly American Stampeders. Sometimes the setting was the building of the Canadian Pacific Railway across the country in the early 1880's, though again, with considerably more bloodshed than happened in fact. Treaties had been signed between the Crown and Indigenous peoples years before the railway was built. Most often, the setting for a Northern was just the far-flung regions of a generic mountainous, forested landscape. The most archetypal of these films is Rose Marie, the 1936 musical starring Nelson Eddy and Jeanette Macdonald. Ostensibly taking place in Northern Quebec maybe, it was filmed in the Lake Tahoe region of California and features a song and dance number under a massive faux-Pacific Northwest totem pole.

But before the Mounties, before the treaties, and before the Canadian Pacific Railway, the vast regions of the Northwoods were the monopoly of the Hudson's Bay Company. Turning 350 years old in 2020, Canada's national department store is the world's oldest retailer and one of the world's oldest extant commercial enterprises. Its exciting images of palisade trading posts, luxurious beaver fur, ribald voyageurs, and isolation in the Northwoods turned Hollywood's head, and often to the Company's chagrin. 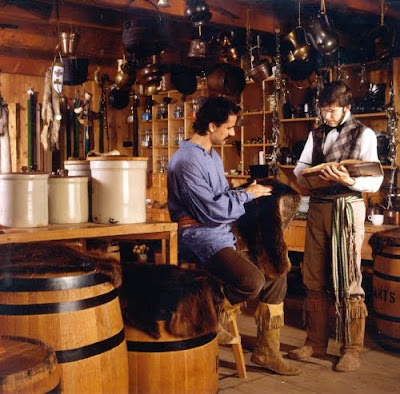 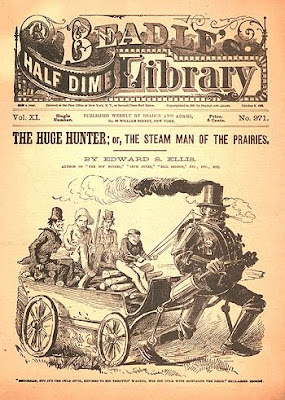