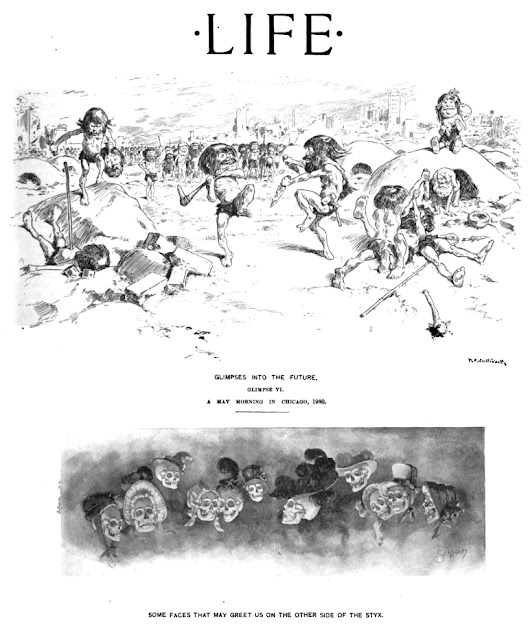 Scientific Romances of the Seventies

In 1954, Walt Disney set about proving the mettle of his studio and Science Fiction by producing one of the first great genre epics of the post-war era, turning to Jules Verne to supply him with the setting and outline of 20,000 Leagues Under the Sea. That, in turn, inspired a lengthy series of Victorian Scientific Romances rebranded as Atomic Age parables that stretched until the end of the Sixties, running parallel to the more modern Science Fiction of the time. However, after the Summer of Love, the global protests of 1968, the Stonewall riots, the Tet Offensive, and the moon landing, the heady days of ray gun adventures and cautionary atomic optimism were passed. In their place came a strange affectation for pessimistic, deromanticized films whose ponderous lengths and turgid performances somehow gave the impression of profound meaning, no better exemplified than in the first truly large-scale, full-colour, big-budget Science Fiction epic since 20,000 Leagues Under the Sea: Stanley Kubrick's 2001: A Space Odyssey.

An instructive comparison can be made between the two. Above all else, 2001 is a film about the emergence of consciousness. First, we see the emergence of primate consciousness in the "Dawn of Man" sequence and the connection between consciousness, technology and the violent struggle of survival. In the middle section, which contains the only part of 2001 that may be considered a story, we see the emergence of technological consciousness as HAL 9000 gains sentience and repeats the violent struggle for survival. Finally, in "Jupiter and Beyond the Infinite" we see the emergence of stellar consciousness as a state of being that cannot be described, only show in slit-screen effects over footage of Monument Valley for half an hour. Yet all of Kubrick's brilliant cinematography is a disingenuous construct, meant to disguise the fact that the entire movie is conceptual. It is a 161 minute depiction of a theme without any meaningful ideas, and certainly very little that approaches anything like a story or characters. Kubrick asks us to be in awe of the technical spectacle of 2001, accepting that the spectacle in-itself comprises something kind of like a philosophical idea.

By contrast, 20,000 Leagues possesses not only a theme (atomic power), but an idea (how atomic power should be used responsibly) conveyed through an impassioned human drama. Whereas Kubrick may be the greater artiste, Disney is by far the greater showman. He no doubt recognized that you can't carry a 121 minute movie on theme or even ideas alone. A concept is what gets you started, a foundation upon which you build a movie and not the movie itself. Therefore the idea of atomic power's responsible use underlies an actual story about a trio of men who are taken captive aboard Captain Nemo's submarine ship... A story overflowing with human drama, tragedy, action, and charismatic personalities. It is a heartily Romantic, passionate film. Even the settings are richly Romantic, from the beauty of the ocean to the opulence of Nemo's salon. 2001, on the other hand, depicts the vast expanses of the cosmos as listlessly dull. All the ballet music in the world cannot bandage the gaping wound in which space, spaceships and even whole planets are stripped bare of anything interesting. With newly expansive stellar consciousness pushing beyond the infinite, all Dave Bowman sees are infinite dead worlds not unlike the dessicated desert that was Earth at the Dawn of Man. Though trying to communicate space as a place of infinite growth and possibility, Kubrick somehow only succeeds in making space looking really boring. It is no wonder, after 2001 and its offspring like The Andromeda Strain, Soylent Green, Star Trek: The Motion Picture, THX 1138, Blade Runner, and Alien, that the original Star Wars should have been such a huge hit. Its return to a Romantic vision of space begat a string of genuinely well-loved Science Fiction films through the Eighties and early Nineties, like Back to the Future, Star Trek II: The Wrath of Khan, E.T., Aliens, The Terminator and Terminator 2, Ghostbusters, Jurassic Park, and even, God forbid, Bill and Ted's Excellent Adventure.

In between were the 1970's, and though those dusty old Victorian Scientific Romances were put back on the shelf, a few attempts were made to revive the genre, with varying degrees of success.