Born in London, England, in 1853, Moses King developed a publishing empire that produced guidebooks of cities across the UK and United States. His guidebooks did more than show these cities as they were: he also discussed their histories and projected into their futures. These images were especially popular as cover pieces, and featured on the 1908, 1911, and 1915 volumes. 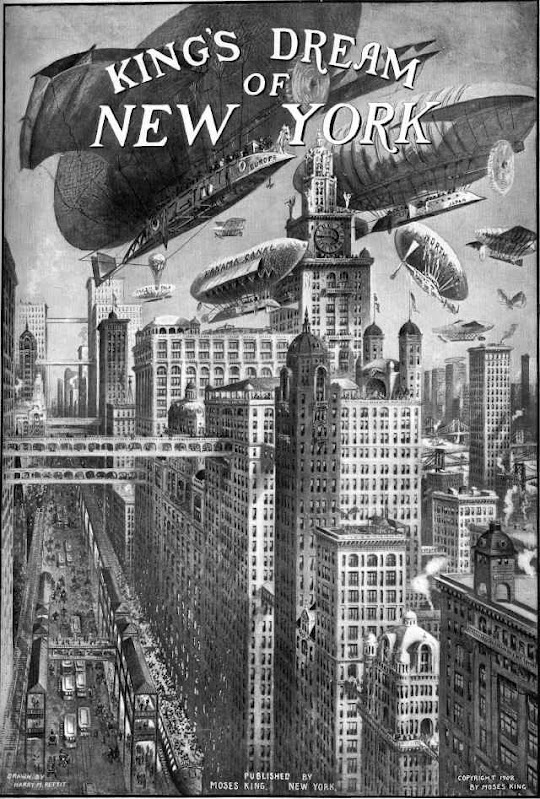 The 1911/15 cover proved so popular that it was released as a full-colour postcard of its own. On the back of the postcard was a description of the scene. 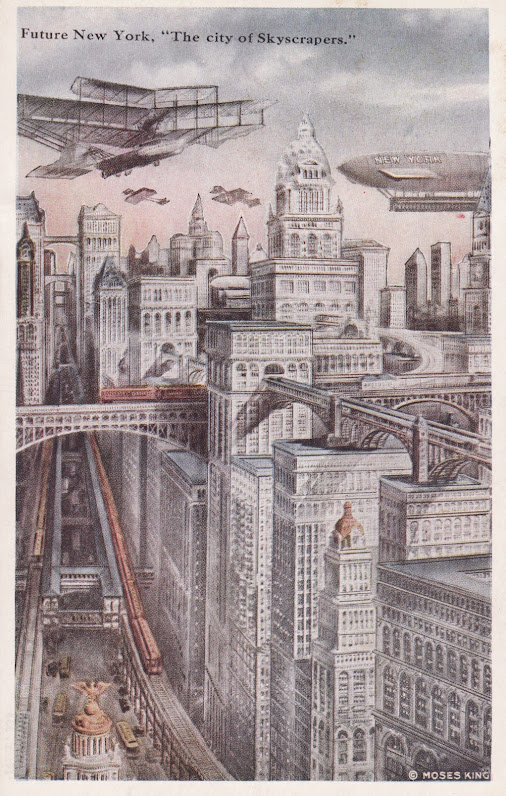 Future New York will be pre-eminently the city of skyscrapers. The first steel frame structure that was regarded as a skyscraper is the Tower Building at 50 Broadway, a ten-story structure 129 feet high. There are now over a thousand buildings of that height in Manhattan, and hundreds in course of construction. The best known skyscrapers are the Singer Building, 700 feet high, and the Woolworth Tower which towers above them all and rises to a height of 790 feet. The proposed Pan-American Building is to be 801 feet high.

A New Way of Travelling

In this hand-tinted 1908 Pathé Frères short by Segundo de Chomón, a trio of slapstick Chinese explorers (interpreted through very 1908 caricatures) figure out a new way to venture into the depths of the ocean. Once they dash themselves on the rocks of the seabed, the oddities of the submarine realm reveal themselves in a very Mélièsian cavalcade of cinema trickery.