Song of the Deep and its Sources

Insomniac Games' Song of the Deep is a charming 2-D action-puzzle game in a rich underwater fantasy world. The company's first "Metroidvania"-style game, the story revolves around young Merryn, a 12-year old girl who lives by the sea. When her fisherman father goes missing one terrible night, she must descend below in her own makeshift submarine to find him. There, she discovers that the mystical world of sea creatures, sunken wrecks, and ancient civilizations he told her about in bedtime stories actually is real.

Song of the Deep's reveal trailer.

Subtitled "A wonderful invention and the story of why it was never perfected", Those Fatal Filaments by Mabel Ernestine Abbott explores one of those turning points in history when the inventor faces down the prospect of great discovery with even greater costs. There are things that Man Was Not Meant to Know, including the thoughts of other men... and especially the thoughts of women.

The following is the complete text of Those Fatal Filaments as it appeared in volume 41 (1902-03) of The Argosy magazine. Click on each page for a larger version. 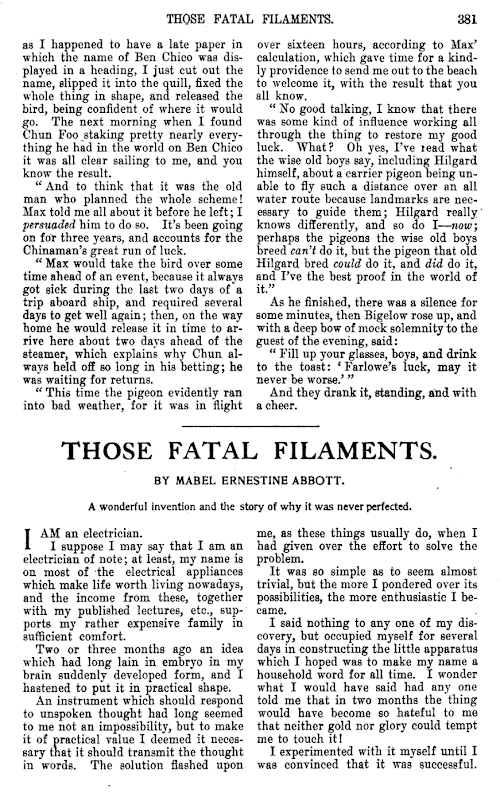 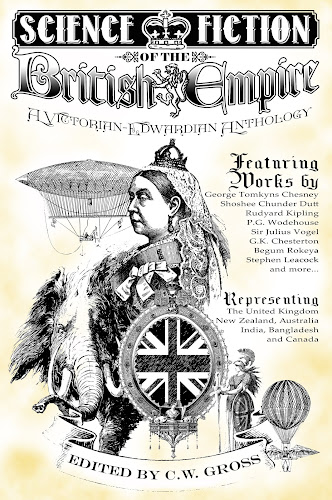 The Crown of the Continent: Waterton-Glacier International Peace Park

"Far away in northwestern Montana, hidden from view by clustering mountain peaks, lies an unmapped corner—the Crown of the Continent."

These words, penned in 1901 by famed naturalist George Bird Grinnell, introduced the world to the natural majesty of the area known today as the Waterton-Glacier International Peace Park. It is comprised of two national parks in two countries - Waterton Lakes National Park in Canada and Glacier National Park in the United States - linked by their ecosystem, geology, cultural history and scenic beauty. 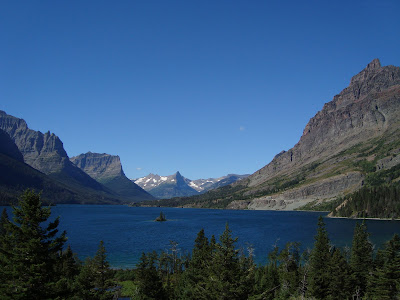 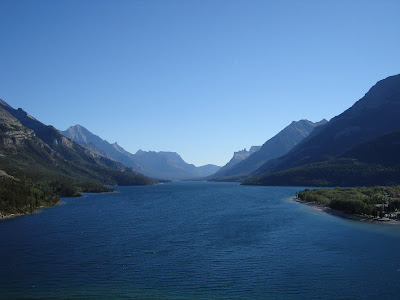