Disney's Atlantis: The Lost Empire and its Sources

It was very appropriate, and most likely unknowingly so, that Disney set 2001's Atlantis: The Lost Empire, in 1914. Indeed, in many ways it could not truly have been otherwise: the middle Victorian era saw the beginning of an explosion of interest in the lost continent that would not subside beneath the waves again until the 1960's. In the decade spanning 1895 to 1905, there were no less than 16 fiction novels, standing alongside countless ostensibly non-fiction pseudoscientific and spiritualist explorations, which solidified the Atlantis we know today: not as a holdover of ancient myth, but as an artifact of Victorian cultural anxieties. 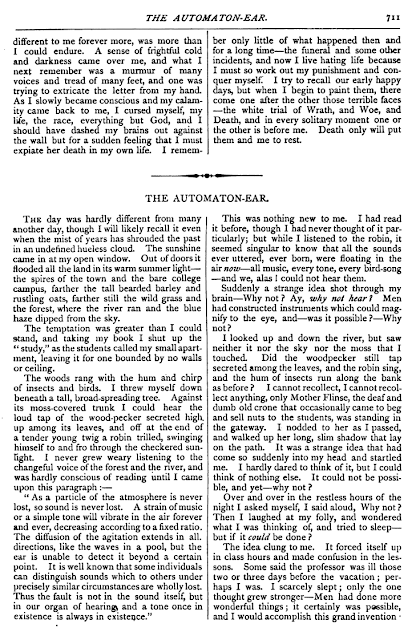 The League of Extraordinary Gentlemen

In 2019, legendary comic writer Alan Moore and artist Kevin O'Neill completed the two decade long odyssey of The League of Extraordinary Gentlemen. Over 20 years, the sassy Brits brought new and enduring attention to the genre of Retro-Victorian Science Fiction through an encyclopedic pastiche of European fiction. Main plots tied together such diverse works as Twenty Thousand Leagues Under the Sea, King Solomon's Mines and Allan Quatermain, Dracula, War of the Worlds, The Invisible Man, The Island of Doctor Moreau, The Insidious Dr. Fu-Manchu, Princess of Mars, Gulliver's Travels, The Time Machine, The Dream-Quest of Unknown Kadath, Orlando: A Biography, 1984, Doctor Who, The Avengers (the British television series), Mary Poppins, Creature from the Black Lagoon, The Lost World, Carnacki the Ghost-Finder, Metropolis, The Cabinet of Dr. Caligari, the stories of Sherlock Holmes and Harry Potter, and The Tempest. Something of a literary arms race developed between Moore and scholar Jess Nevins, who maintained an online set of annotations listing the references replete in virtually every panel. Sometimes high and sometimes low, League of Extraordinary Gentlemen was a paean to the wonder of imagination and the glories of literature. 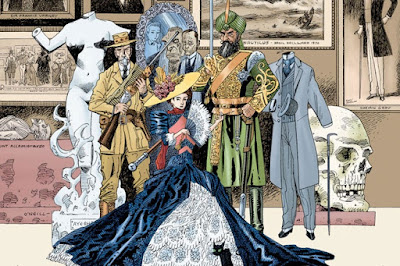 The epic began in 1999 with the publication of League of Extraordinary Gentlemen, Volume I. The six-issue series by America's Best Comics (an Alan Moore vanity label published by Wildstorm Comics, which was itself a subsidiary of DC Comics) was one of the highlights in the explosion of Retro-Victorian Science Fiction around the turn of the 21st century. That same year, Wild Wild West and Disney's Tarzan both entered movie theatres. They were preceded and followed by Back to the Future Part III (1990), The City of Lost Children (1995), Atlantis: The Lost Empire (2001), and Treasure Planet (2002), The Difference Engine (1990), Dinotopia: A Land Apart from Time (1992) and its sequel Dinotopia: The World Beneath (1995), Disneyland Paris' Discoveryland and Tokyo Disneysea's Mysterious Island, The Secret Adventures of Jules Verne (2000) and The Adventures of Brisco County Jr. (1993), and the Sakura Wars video game franchise. It was an embarrassment of riches unmatched since, and I credit League of Extraordinary Gentlemen specifically with catalyzing my then-diffuse interest in the genre that has since consumed my life.

Email ThisBlogThis!Share to TwitterShare to FacebookShare to Pinterest
Subjects: 20000 Leagues Under the Sea, Alan Moore, Comics, League of Extraordinary Gentlemen

The British Empire According to Players Cigarettes

The following series of 50 cigarette cards produced by the Imperial Tobacco Co. of Great Britain for Players Cigarettes purports to show interesting scenes from across the vast expanse of the British Empire. It is a fascinating glimpse not only into the cultures that made up the empire upon which the sun never set, but also into how British imperialism was celebrated.

In modern times is difficult to understand, and rightly so, the mindset in which imperialism was considered a source of pride rather than shame. People in the west today often shy away from words denoting any kind of excess of nationalism or patriotism, perceiving them as racist affronts to multicultural values, let alone holding a belief that for their culture to dominate and exploit others was a manifestly good thing. Yet empires from Babylon to Rome to Britain have arguably been history's dominant vehicle of cross-cultural exchange. The movement of goods and peoples across a unified political body exposed the average person in them to a variety of cultures, foods, religions, arts, and ways of life. This is not to excuse or deny the horrors of imperialist regimes, but simply to recognize that empires are complicated entities.

There is a more interesting question implicit to the sort of exercise in imperialism that these cards represent. It would be easy to dismiss them as artefacts of a disgusting episode in recent human history... It is more challenging to ask of the extent to which modern ideas of multiculturalism are themselves a colonialist, imperialist project.

These cards are from the amazing Digital Collections of the New York Public Library. Click on a card for a larger view. 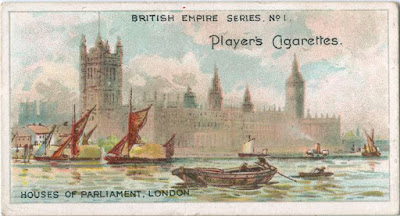