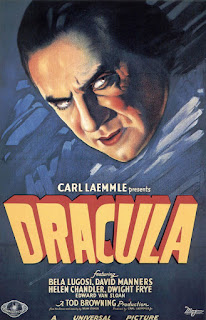 The Sublimity of the Universal Studios Monsters

Nothing is so efficacious for horror as the bygone monochrome of the truly silver screen. Only black-and-white held deep enough shadows for monsters to lurk. From within fog-choked forests, immense alpine passes, ancient tombs, and ruined castles, they bid us welcome, show us what it means to trespass in the realms of God, embroil us in the cosmic battle over the human soul, and did it with unparalleled glamour.

And nobody did it quite as well as Universal Studios. The films of the German Expressionists were beautiful in their artistic, European fashion, and they went on to fuel Universal's own horror pictures. Other films and filmmakers rose to the occasion - White Zombie with Bela Lugosi, Island of Lost Souls with Charles Laughton, Dr. Jekyll and Mr. Hyde with Fredric March, and even the times Mickey Mouse tussled with skeleton dancers and mad doctors - But none matched Universal for sheer output, enjoyment and quality. Hailing from the Silent Era to the Atomic Age, the legacy of the Universal Studios Monsters endures to this day.