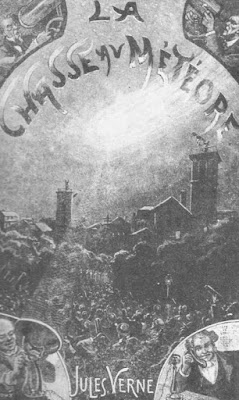 Jules Verne's From the Earth to the Moon 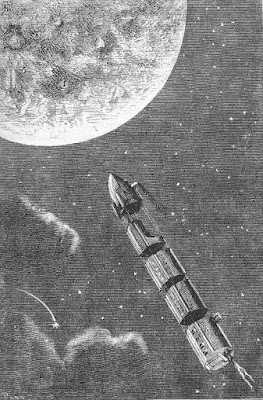 It is often said that Jules Verne wrote about technology while H.G. Wells wrote about people. Between the two originators of the Scientific Romance, the Briton is regarded as writing social, political and religious tracts veiled in thin scientific premises of Martian invasions, cruel vivisection, and crueler eugenic fantasies. Verne's domain was that of technology and discovery, writing carefully researched stories about the phenomena of science and industry.

Wherever this assessment stands in relation to Wells (he may have been the one to propagate it), it is not entirely accurate in regards to the elder Frenchman. He certainly did write about technology and industry, science and discovery, and did so excellently. That was not the limit of his genius, however. Verne's eye pierced not only into the future of technology, but also how technology affects and is affected by society.

One of Verne's earliest novels was of this sort... In fact, the largely accurate vision of metropolitan alienation presented by Paris in the Twentieth Century was so drear that publisher Jules Hetzel refused to release the book. It would not occupy store shelves until 1994. While Verne was dissuaded from further depressing and pessimistic work (at least until Hetzel died and Verne became a much older, more embittered man), he continued to inject insightful commentary into his stories of adventure. From the Earth to the Moon, written only two years after Paris in the Twentieth Century, is a perfect example of Verne's approach to the subject. What we find within its pages is not so much the story of a lunar expedition as a hysterical and biting satire of the American military-industrial complex.