Disney's Mark Twain Riverboat and the Rivers of America

The Mississippi River is one of the great rivers of the world. Counting in its entire drainage basin, the Mississippi and its tributaries drain 31 states and the southernmost part of two Canadian provinces. It straddles the Rocky Mountains to the West and Appalachian Mountains to the East. It is the fourth longest and ninth largest river in the world. The Mississippi is the central artery of American industry, controlling it meant victory for the Union and defeat for the Confederates, it demarcates Country music from Western music, and the settlements along its ever advancing delta gave birth to Jazz. Sooner rather than later, the living river might bypass New Orleans and Baton Rouge altogether, rerouting its primary outflow to the Atchafalaya River. It already would be, if not for the engineering marvels placed by the US government attempting to bend nature to its will. Great industrial barges ply the urbanized riverscape today, but in Disneyland, Magic Kingdom, and wherever Imagineers have transplanted the American frontier, the romance of the river's old steamboat days are perpetually rekindled. 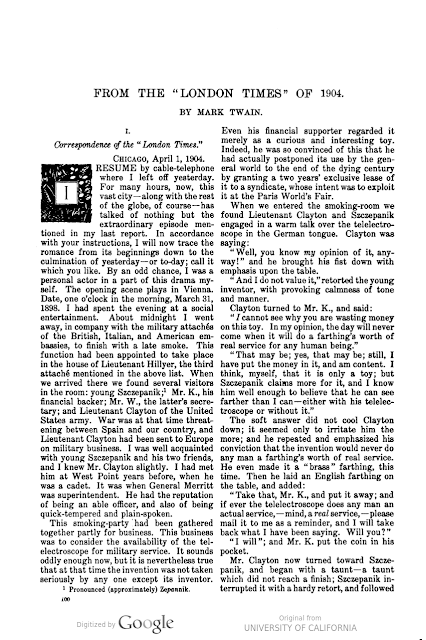 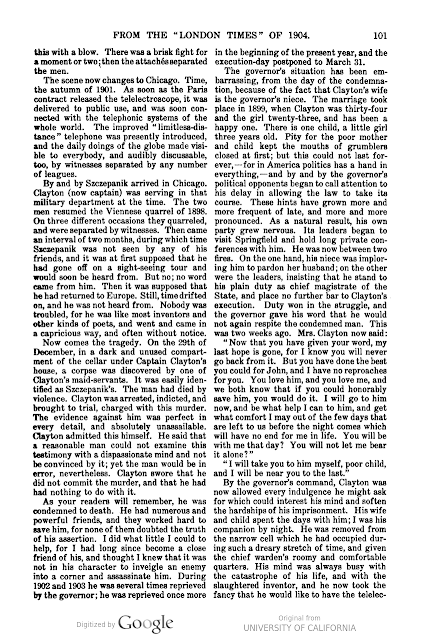 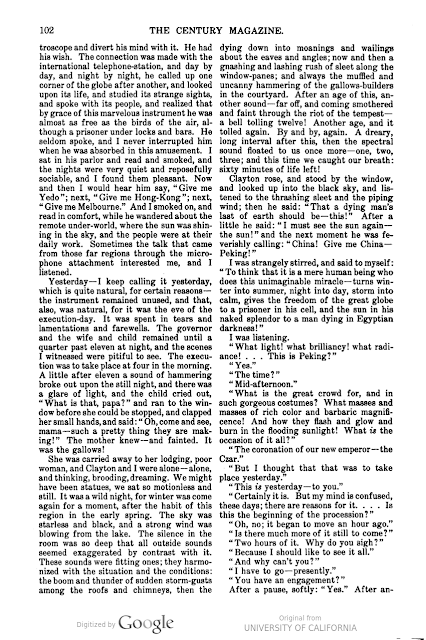 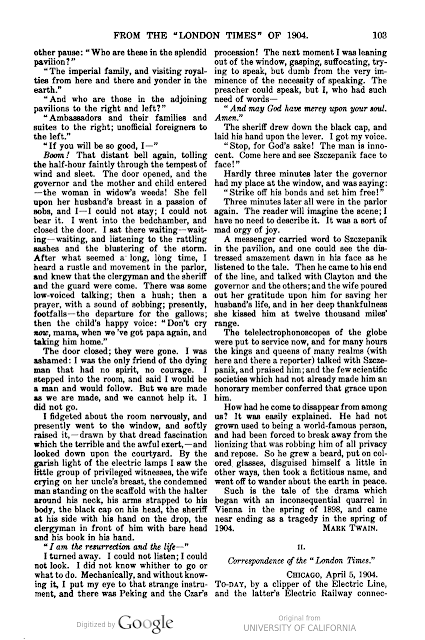 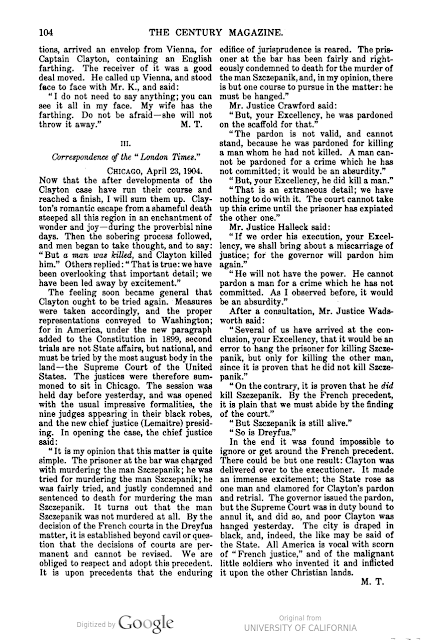 Mark Twain already held a fairly dim view of the French. "France has neither winter nor summer nor morals," he wrote in his Notebook, "--apart from these drawbacks it is a fine country." Also "In certain public indecencies the difference between a dog & a Frenchman is not perceptible." He was quoted as saying "There is nothing lower than the human race except the French." And those were just some of the lighter remarks. The Dreyfus Affair did nothing to endear him to the nation.
Presented by Cory Gross No comments: