In January of 1910, flooding struck the city of Paris. Water saturated the earth and flooded through storm drains, pipes, catacombs, and the Metro, inundating the city for several weeks. Citizens of Paris were forced to travel by boat or build wooden walkways too and fro, while hundreds struck out for refugee camps on the hills like Montmartre, where the famed Basilique du Sacré Cœur was nearing completion. And, in the cinematic world created by Bibo Bergeron, a monsterous man-sized flea won the hearts of Parisians through song.

The following series of humourous postcards were sold in France around the turn of the century, imagining the foibles of flight in the decades to come. 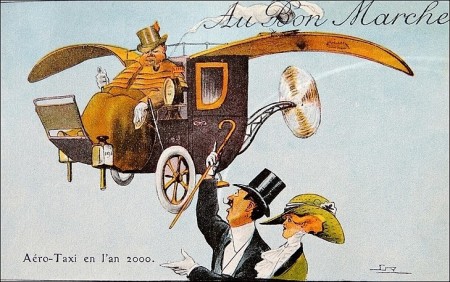 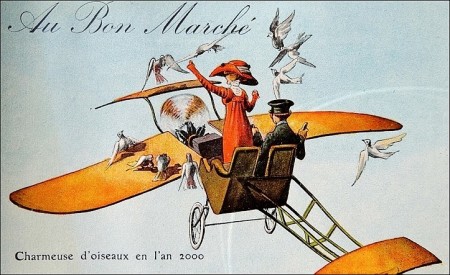 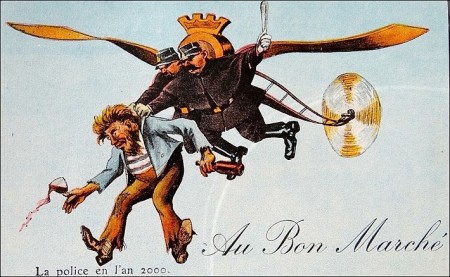 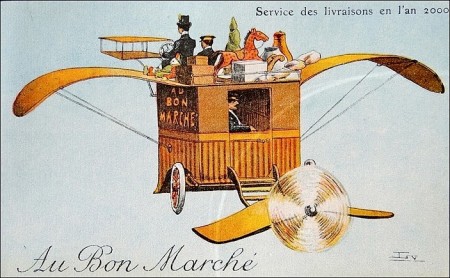 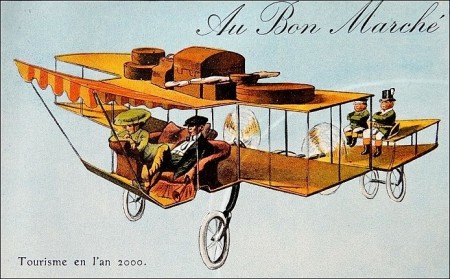 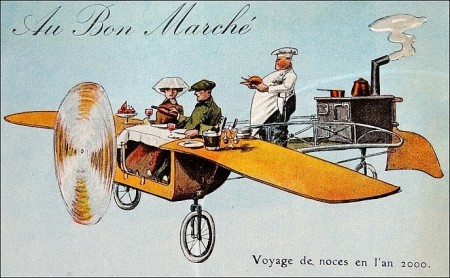 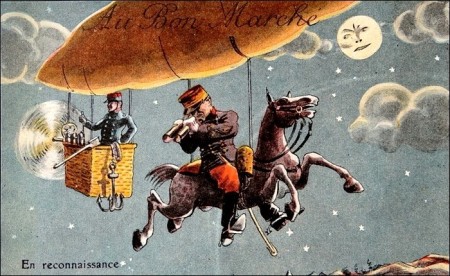 Master of the Octopus by Edward Olin Weeks

The inventive genius of the 19th century must, of course, contend with the rapacious interests of 19th century robber-barons. In The Master of the Octopus, published in the October 1899 Pearson's Magazine,  Edward Olin Weeks describes the tragic encounter between the two over a perpetual light machine. Click on the pages for a larger version. 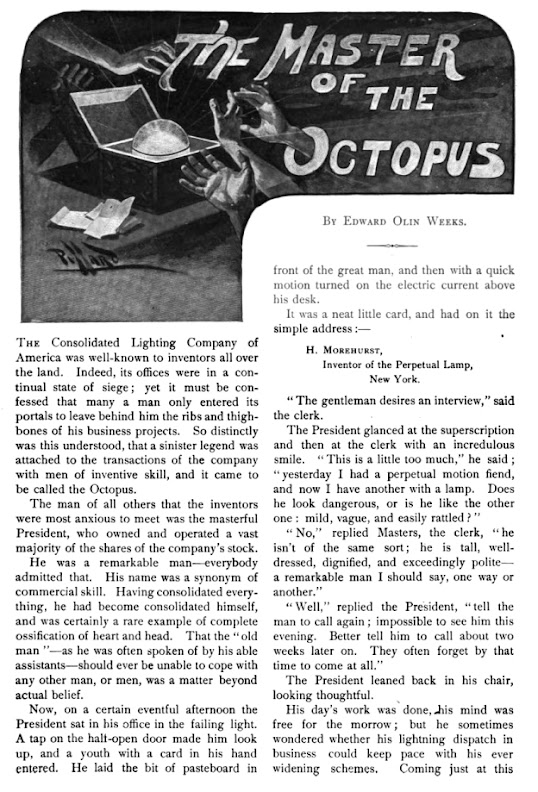