The Diamond Maker of Sacramento by Noah Brooks

Published in the July 1868 edition The Overland Monthly, volume 1 and issue 1, The Diamond Maker of Sacramento by Noah Brooks defies the convention one might expect of a California Scientific Romance. Namely, it's not about the Gold Rush of '49. Whereas earlier Scientific Romances like Aurifodina: Or, Adventures in the Gold Region (1849, available in Science Fiction of Antebellum America; An Anthology) were transparently based on the gold rush, it serves more as a conceptual backdrop for The Diamond Maker of Sacramento. It's roll is to demonstrate the atmosphere of lawless ambition on America's westernmost frontier, and the ready availability of capital by which the mad scientist can indulge his foolhardy experiments. Yet even the mad scientist learns that there are limitations on even the most liberal frontiers, including the most ultimate limitation.

The following is The Diamond Maker of Sacramento as it appeared in vol. 1, issue 1, of The Overland Monthly. Click for a larger image. 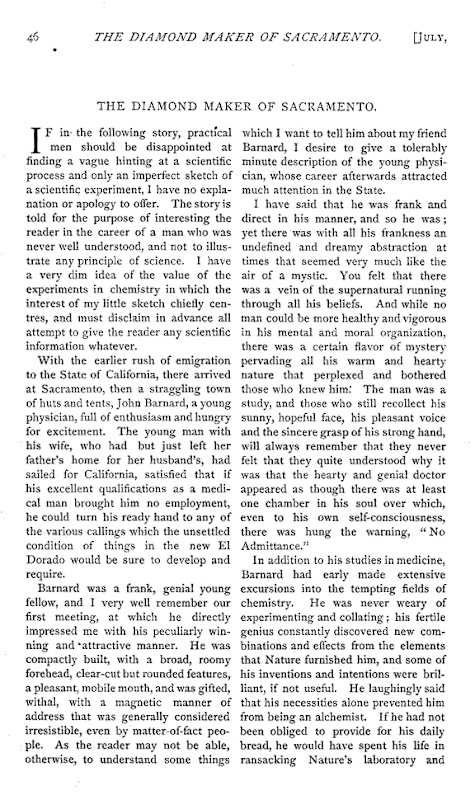 The following series of cards was produced by Liebig, a company selling canned meat extract, in 1937. It depicts the voyage of a bathysphere 900 metres below the waves of the Caribbean and comes from the private collection of Paul Maeyaert. 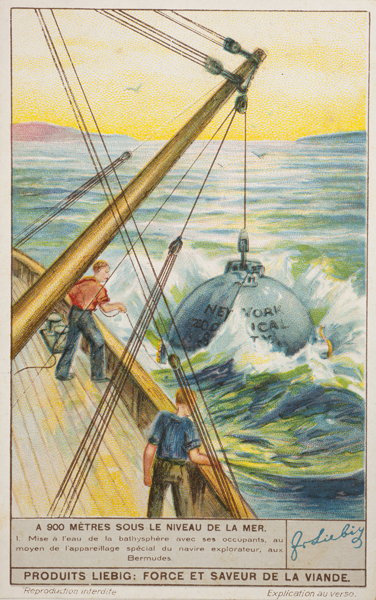 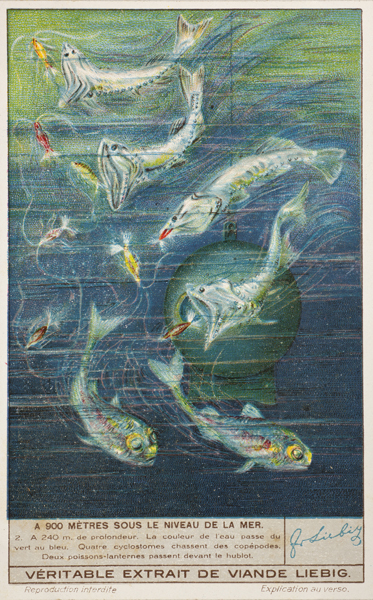 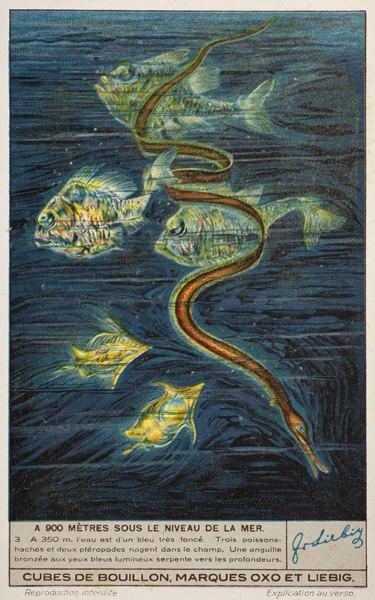 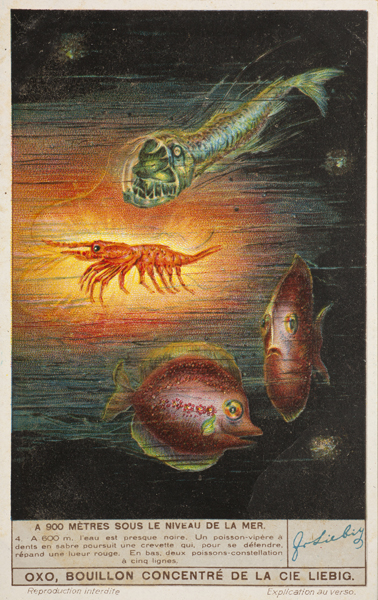 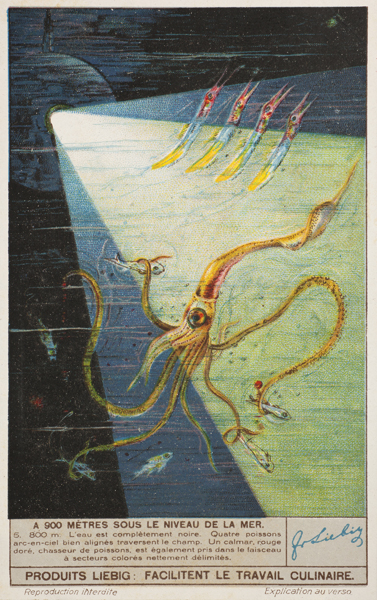 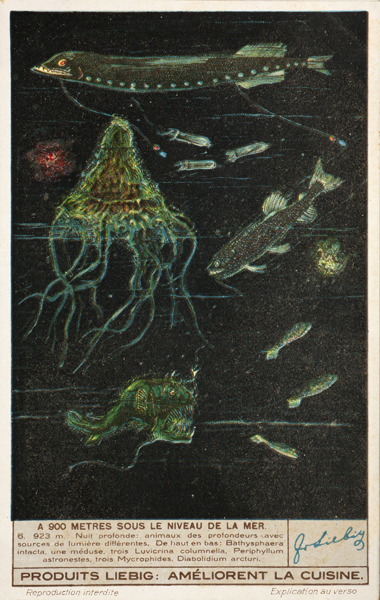