I have come here to see the Grand Canyon of Arizona, because in that canyon Arizona has a natural wonder, which, so far as I know, is in kind absolutely unparalleled throughout the rest of the world. I shall not attempt to describe it, because I cannot.  I could not choose words that would convey or that could convey to any outsider what that canyon is. I want you to ask you to do one thing in connection with it in your own interest and in the interest of the country--to keep this great wonder of nature as it now is.

Theodore Roosevelt, the greatest American president, spoke these words on his first visit to the Grand Canyon in 1903, five years before he would exercise executive power to preserve it as a National Monument. He was not alone in his sentiments. Even the lyrical John Muir, spiritual father of the US National Parks, wrote in 1902 that "it is impossible to conceive what the canyon is, or what impression it makes, from descriptions or pictures, however good."

The most accurate description of the Grand Canyon is to admit that it simply cannot be described. Nothing does it justice. No words can capture its subliminity. No photograph prepares you for its vastness. The four edges of a screen constrain the pure power of being surrounded by its sheer walls of living rock. Listing off its dimensions is of little help: 277 miles long, 18 miles wide and 1.25 miles deep. The South Rim of the Grand Canyon sits at approximately 7,000 ft elevation - as high as some alpine passes in the Canadian Rocky Mountains - and the North Rim towers another 1,000 ft higher than that. During summer, the relentless Colorado River that continues to carve out the Grand Canyon flows at a rate of 100,000 cubic feet per second. For all but the most geographically astute, those are mere numbers.


The most able descriptor of the Grand Canyon's sheer power was Ferde Grofé. While working as an arranger for the Paul Whiteman Orchestra, Grofé took on a role as the chanticleer of the American experience. He composed the Mississippi Suite in 1925 and Metropolis: a Fantasy in Blue in 1928. In 1931 he completed his magnum opus and most well-known work: the Grand Canyon Suite. In five movements lasting just over a half hour, Grofé captured in Jazz orchestral form the mystery, terror, and grandeur of the world's most magnificent geologic specimen. Its stirring refrains (and the clip-clop rhythm of hoofbeats) are some of the greatest in American popular music.

Yet Grofé does stray from the Grand Canyon itself: the second of its movements is "The Painted Desert". The story of the Grand Canyon is not limited to what is contained between its two rims. Its existence is owed to the uplift of the Colorado Plateau, spanning significant portions of Utah, Colorado, New Mexico, and Arizona. Complications in the roiling mantle of the Earth underlying the plateau began to push it upwards 20 million years ago. Drainage off the plateau in turn carved out and turned up an incredible array of geologic features. The Colorado Plateau has the highest concentration of US National Parks units in the country, with 9 National Parks and 18 National Monuments. The Grand Canyon's story is truly a regional story. 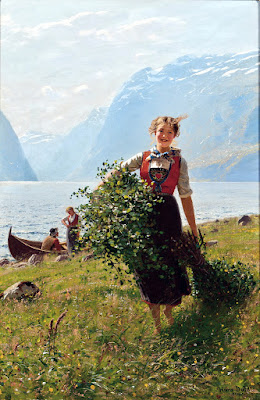 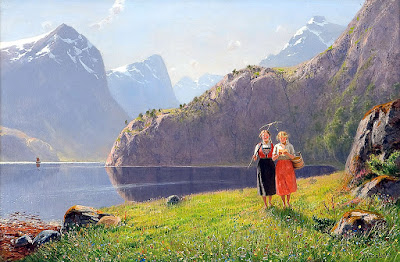