The Plimptons explain Victorian economics and class warfare through a giant robot...

There are two great intractable expanses that have always captured the imaginations of writers, being the vast desolations at the Earth's poles. From Arthur Gordon Pym to Captain Hatteras to the Miskatonic University Expedition to the Antarctic to the incessant true-life quests to find the South and North poles, and the Northwest Passage, the endless ice have attracted adventurers and lovers of mystery.

The Great Unknown by Clement Melville Keys was originally published in the 41st volume (1902-03) of The Argosy magazine, and reads more like the set-up for a larger story than a story unto itself. Though published as a short story it could easily be a first chapter. It was not to be, at least as I have been able to uncover. Keys is far better remembered for his role as a financier for Curtiss-Wright, China National Aviation Corporation, North American Aviation and TWA. Though born in Canada in 1876, he came to be known as "the father of commercial aviation in America." Literature was apparently more of a recreational sideline.

That leaves the titular Great Mystery up for the reader's imagination to discover... Or to simply savour, respecting that sometimes a perpetual terra incognita can be more enticing than the actual discovery.

The complete text of The Great Unknown appears below, as published in The Argosy. Click on each page for a larger version. 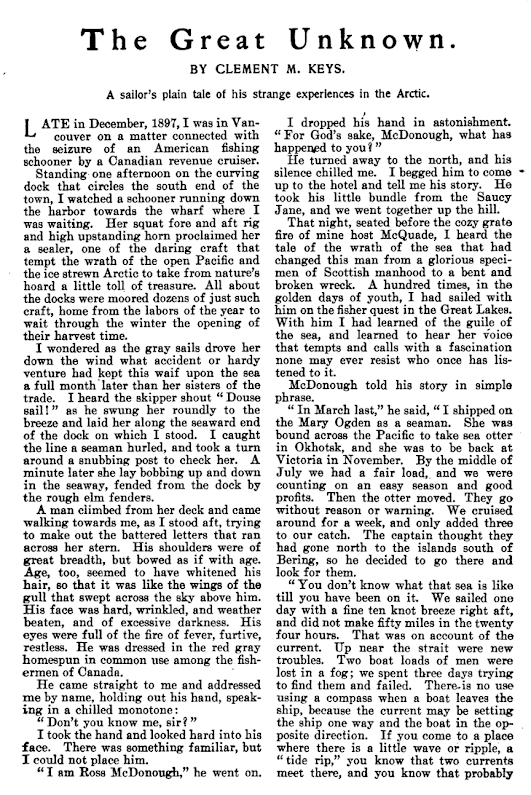 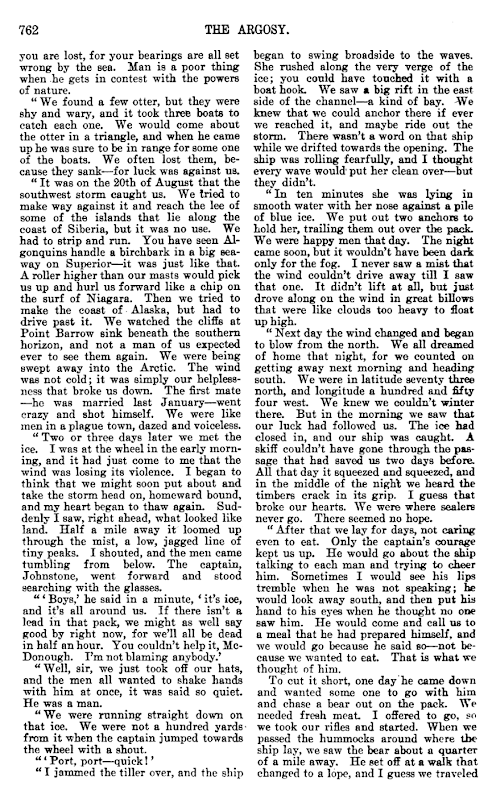 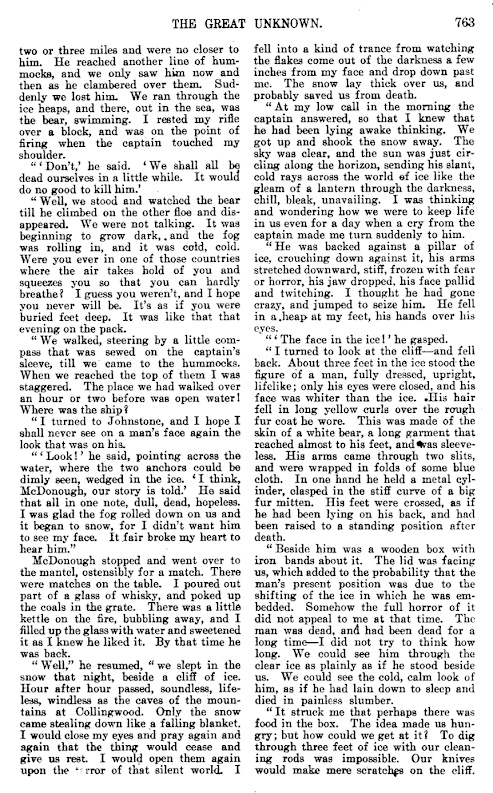 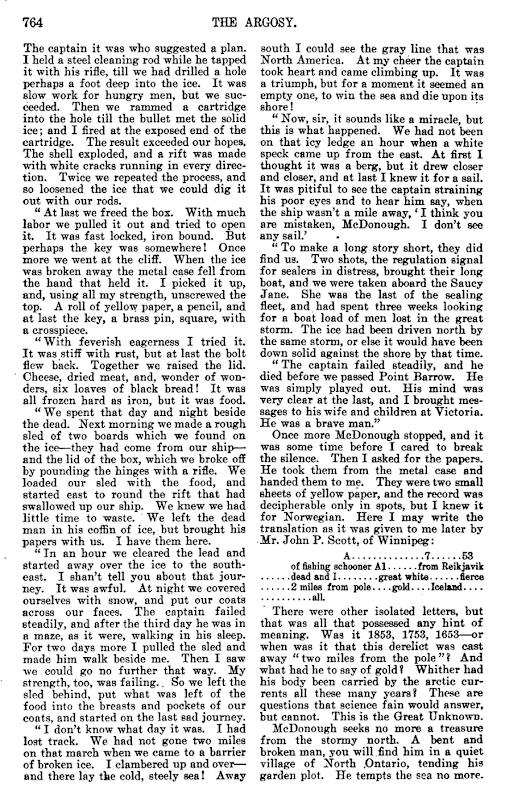