Universal Studios were most famous for their moody tales of midnight monsters, supernatural ghouls, and science gone awry: Dracula, the Frankenstein Monster and his Bride, the Wolf Man, Creature from the Black Lagoon, the Mummy, and the Invisible Man. A large number of Universal's classic monster films, however, did not involve a monster at all... At least not a supernatural one. Some of their most celebrated were based very loosely on the works of Edgar Allan Poe, including Murders in the Rue Morgue (1932) and The Black Cat (1934). There were also the Inner Sanctum Mysteries of the 1940's: a series of six murder mysteries starring Lon Chaney Jr. based on the eponymous radio show. Another informal sub-genre within the non-supernatural mysteries developed, known by its most famous entry, the "Old Dark House" movie.

The Ghost-Extinguisher by Gelett Burgess

The following tale of ghost-extinguishing may seem somewhat familiar. It appears that Gelett Burgess figured out the business of removing unwanted spectres long before Mickey Mouse or Dan Akroyd.

The Ghost-Extinguisher appears here as it did in the April, 1905 edition of Cosmopolitan Magazine. 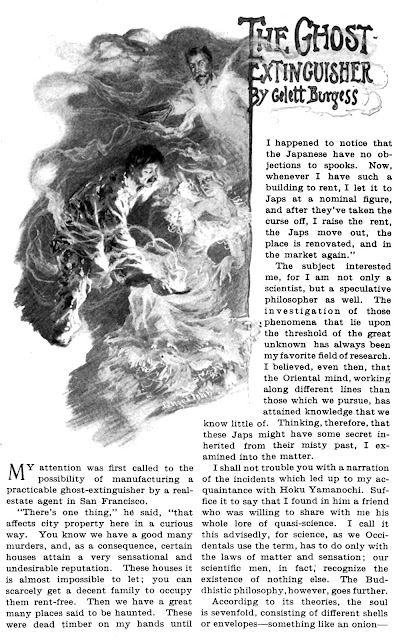 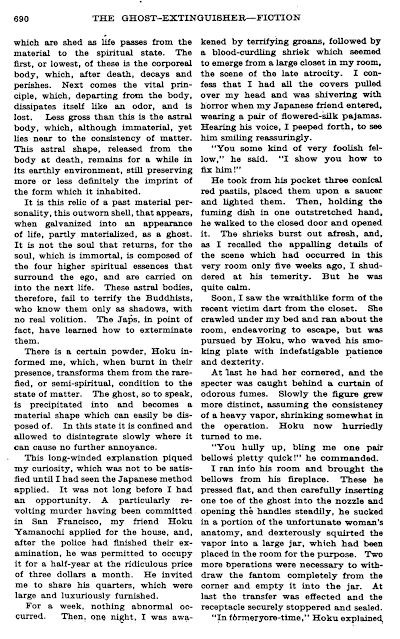 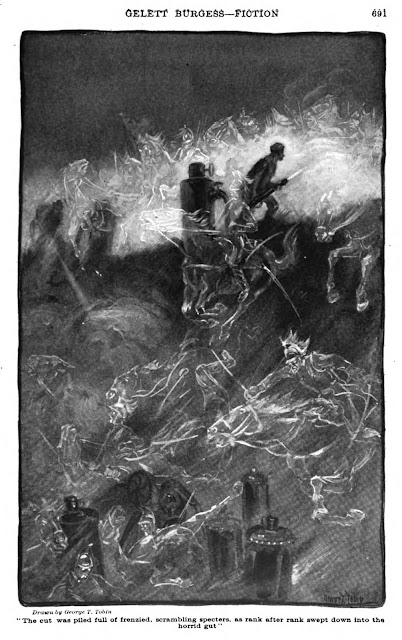 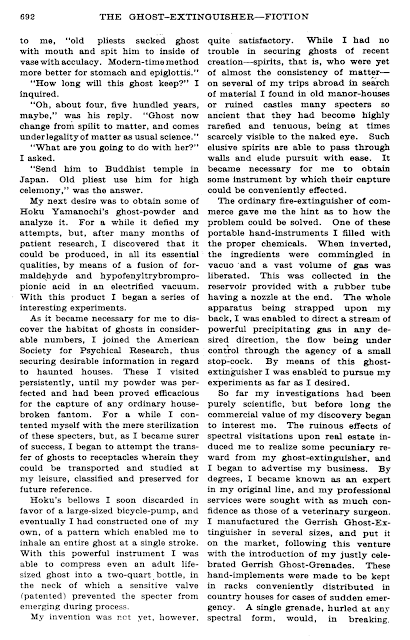 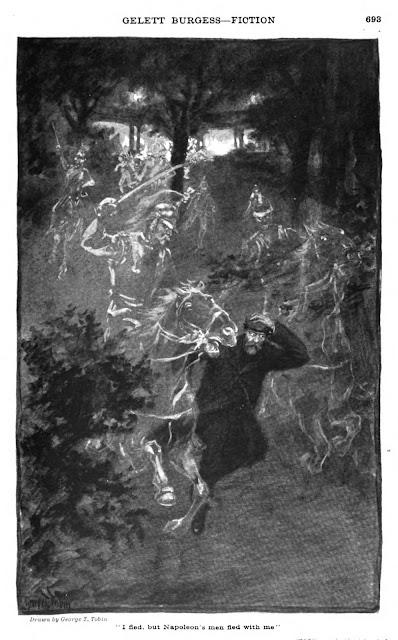 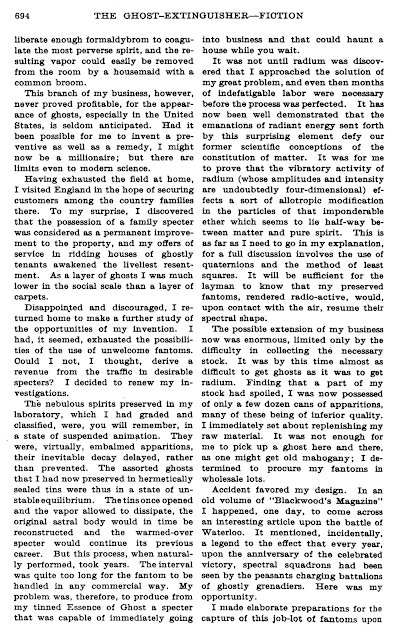 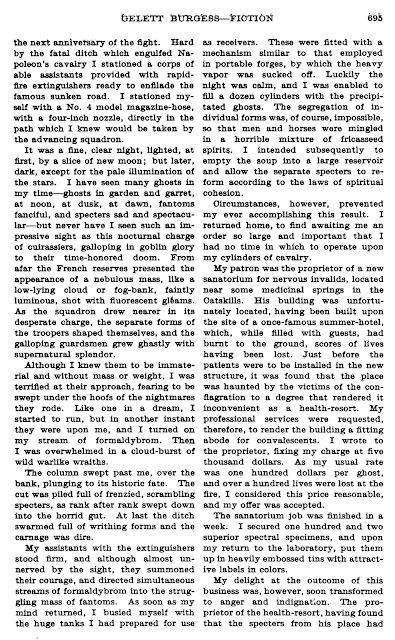 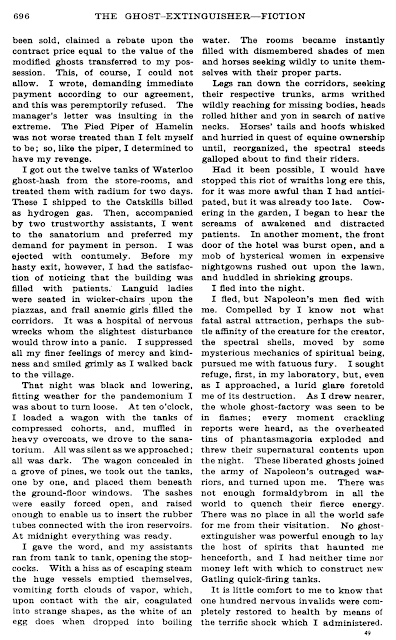