Much like Georges Méliès, the conjurer-turned-filmmaker from across the Chanel, Walter R. Booth began his cinema career on the theatrical stage performing magic tricks. While employed at the Egyptian Hall in Piccadilly, he made the acquaintance of early English film pioneer Robert W. Paul. Booth began working for Paul after 1896, employed to come up with fanciful screen effects. The culmination of their partnership came in 1906 with The '?' Motorist.

This short film humorously exploits the ongoing controversies over the use of the horseless carriage. Automobiles only entered mass production around the turn of the century, to mixed reviews. Western painter Charlie Russell nicknamed them "skunkwagons" and rendered numerous portraits of innocent cowboys and wagon trains being driven off the road by them. George Foss of Quebec drove around a vehicle of his own design, despite threats of arrest. Benz, Ford, Renault, Olds, and others were making names for themselves. Their pace of technological innovation was so fast that a year-old car was practically useless (if it hadn't broken down already). Ford's Model T would enter production in 1908, the same year as an historic New York to Paris auto race via San Francisco, Yokohama, Irkutsk, and Moscow. Sir William Gilbert, of Gilbert and Sullivan, endorsed the idea of allowing pedestrians to carry a shotgun and be given free reign to take potshots at "all motorists who may appear to them to be driving to the common danger," citing automobiles as "the enemies of mankind."

In this The '?' Motorist, Booth plays directly into that, by allowing his motorist to create havoc on Earth and beyond.

A few years later, Booth revisited the same basic premise with The Automatic Motorist. A common thread in trick photography of the time was to treat science as a form of magic. What might once have been a haunted house comedy became a mechanical house comedy. What might have once been a sorcerer making himself objectionable became a mad scientist. In The Automatic Motorist, the automobile goes on a haywire journey through space thanks to a mechanical chauffeur. Several gags from The '?' Motorist are reused, with the increased skill that the intervening five years between 1906 and 1911 could provide.


Presented by Cory Gross No comments:

Alienation, Modernity, and Nostalgia in The Twilight Zone and Somewhere in Time 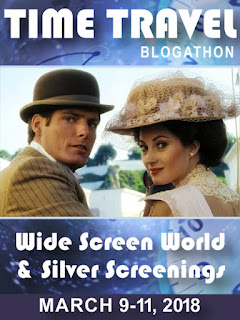 Today's special post is part of the Time Travel Blogathon hosted by Wide Screen World and Silver Screenings. Click on the banner above to see more excellent time-tossed movie reviews.

A recurring theme in The Twilight Zone is the existential angst of the modern male. Its canon of episodes is replete with middle-age guys who just can't catch a break, who just can't keep up with the pace of life in the jet age. The most famous is Henry Bemis, played by Burgess Meredith in the classic Time Enough at Last (1959), a henpecked bookworm who just wants to curl up with a good story. A well-timed outbreak of nuclear war does a fine job of taking care of distractions, but as you can imagine, there is always a catch in... The Twilight Zone. 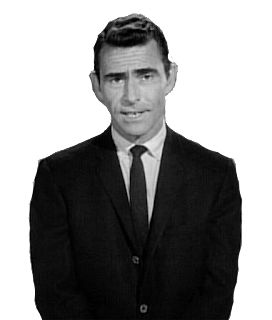 Rejection of the modern day for the allure of the past was a recurring exploration of this theme. It was played comically in Once Upon a Time (1961), starring Buster Keaton as a man from the silent film era who trades places with an inventor from the 1960's, both discovering that the grass is not always greener on the other side. A more serious, and heartbreaking, exploration of the idea came with A Stop at Willoughby (1960), penned by Rod Serling himself. It was later adapted as a television film, For All Time (2000) starring Mark Harmon and Mary McDonnell. Richard Matheson, writer of many Twilight Zone episodes including Once Upon a Time and Nightmare at 20,000 Feet (1963), delivered his take on it for a 1975 novel Bid Time Return. That was, in turn, adapted to cinemas as Somewhere in Time (1980) starring Christopher Reeve and Jane Seymour. In both For All Time and Somewhere in Time, the alienated modern man seeks love and fulfillment in the Gay Nineties, with varying degrees of success as lovers and as films. 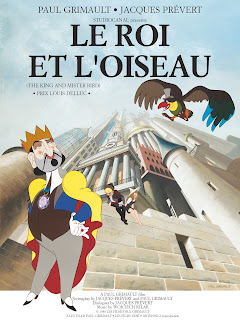 Paul Grimault's Le Roi et l'Oiseau took nearly 30 years to complete, a labour of love and story of artistic passion that typifies the work of France's most renowned animator. After seeing the film on its release in 1980, and known in English as The King and the Mockingbird, Hayao Miyazaki and Isao Takahata were inspired by everything that animation could be. Studying it assiduously, the lessons learned fueled the creation of their own studio, Ghibli. He is the direct ancestor to celebrated animators like Sylvain Chomet, his work an antipode to his contemporaries in the United States. Le Roi et l'Oiseau, and Grimault's body of shorts, demonstrate a keen, European sensibility and experimental approach that still astonishes today.

Grimault's work is to Walt Disney as Franco-Belgian bande dessinée are to American comics. Both have their place and one, thankfully, does not have to choose between the two. Any serious student of animation should have little patience for the view that Disney is inferior simply because it is popular or musical or familiar. Yet there are palpable differences between the two producers. A sensitive reader knows the subtleties of tone and art separate Tintin, Asterix and The Smurfs from their closest American cousins, not to mention the work of creators like Moebius or Jacques Tardi. Grimault exactly shares this quality, his work being effectively a bande dessinée come to life.

For the incidental benefit of those who cannot speak French, Grimault makes little use of dialogue and embraces the art of motion with beautiful, even lyrical, animation. From a strictly technical standpoint, his rubber-band human figures are flawed but those flaws lend style and charm. His painted backgrounds are astonishing works of imagination and draughtsmanship inspired by countless Continental reference points. His rendition of a fairy tale - Hans Christian Andersen's The Shepherdess and the Chimney Sweep - lacks the dynamism, excitement, musical numbers and character tropes of a Disney fairy tale, but feels more authentically European for all those reasons.