It was the last of its kind, the last of the true "universal" expositions and the final in string of international expositions held in Paris in 1855, 1867, 1878, and 1889. L' Exposition Universelle de 1900 was the high point of La Belle Époque and widely considered the finest of its kind ever held. Its monumental works still grace the waterfront of the Seine, including the Grand and Petite Palais, Pont Alexandre III bridge, and gare d'Orsay train station, now the Musée d'Orsay. The Paris Metro was also an inheritance of  L' Exposition Universelle, and though it did not play as strong a role in the aesthetics of the exposition, the Art Nouveau so associated with the Metro was brought to a true international audience.

The previous major exposition was the 1893 World's Columbian Exposition in Chicago, which presented the United States of America come of age. The frontier was declared closed and the United States turned inwards and upwards, attempting to push new frontiers of industry and establish itself as a global player on the world's political and cultural stage. France had no such compulsion. After all, it was France, generally acknowledged as the world's cultural centre. Even past Parisian expositions had a sensibility of France trying to prove itself in the wake of wartime. There little of that preoccupation in 1900... This exposition was strictly looking back at the accomplishments of the past and looking forward to the future accomplishments yet to come, while all the time celebrating the greatest in French and international art.

God's Country and the Cinema - James Oliver Curwood on Screen 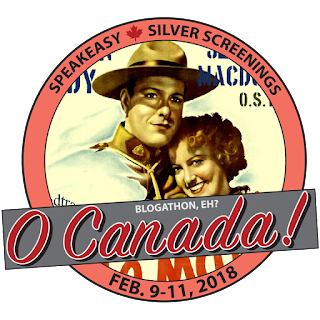 It's that time of year, eh? Today's special feature is part of the O Canada! Blogathon hosted by Speakeasy and Silver Screenings. Click on the banner above to read more about the legacy of motion pictures in and about the True North Strong and Free! While you're at it, revisit last year's contribution, Rose Marie, Renfrew, and the Canadian Mountie on Film.


James Oliver Curwood was one of the most prolific and well-paid authors of the early 20th century. Born in Michigan in 1878, his restless spirit dropped him out of high school before graduation, then out of university before obtaining a degree in journalism. The call of the wild beckoned him away from civilized society towards the mighty Northwoods of Canada... A vast, unpopulated hinterland of ice, snow, spruce forest, and craggy mountain passes. More or less. Canada's major metropolitan areas were well-established models of Edwardian urbanity at the height of the British Empire's power, but Curwood's 1909 journey was to the rough and tumble lumber camps. In those backwoods he dreamed up adventures to fill 33 novels and countless short stories in the tradition of Jack London, Robert Service, Ralph Connor, and Laurie York Erskine. Prior to his untimely passing in 1927 of a spider bite, his stories furnished plots for well over 100 silent films. Two of those films - Back to God's Country (1919) and Nomads of the North (1920) - were guided by his own hand as producer.

A group of explorers - all men - venture into the trackless expanse of jungle in search of a hidden mystery. Testing brawn and brain, they pursue the unknown for sport and for glory, bringing rifles and guile to bear for queen, country, science, and reputation. What they find suspends all laws of nature, but will nonetheless be laid low by man. By the last chapter, the forge of adventure has hardened them into true credits to their gender, and a prize is brought back along with them to prove their mettle to the softer, more civilized men back home.

It's a familiar plotline in Victorian-Edwardian fiction. The archetype is Sir Arthur Conan Doyle's The Lost World, the 1912 adventure in which a quartet including two brainy scientists, a "great white hunter," and a young newspaperman out to prove himself discover a plateau in South America teeming with dinosaurs. Conan Doyle's lost world and great white hunters were preceded by King Solomon's Mines, the 1885 novel by Sir H. Rider Haggard that arguably originated the genre. It had antecedents in novels by the likes of Jules Verne, but no sooner had the lost world genre been invented than it already found its critics. Rudyard Kipling brought it down a notch in the 1888 short story The Man Who Would be King, which cautioned against British hubris.

Charlotte Perkins Gilman took this genre, and with her womanly perspective, used it as the prompt for a tale of feminist utopia entitled Herland. In her version, published in 1915, the dauntless male explorers find something very daunting indeed... Not fathomless riches or dinosaurs, but a society comprised completely of women, utterly and completely devoid of men and any vestige of patriarchal values.