A Christmas Dinner with the Man in the Moon

Could there be any more pleasing a Christmas dinner than one spent in the mansions of the Moon's prime minister? Or a more charming Christmas evening that one spent with Uncle Jack telling you about it? Thus comes Washington Gladden's delightful tale of a trip to the lunar surface aboard the Great Aerial Line, the ways of life of its inhabitants, and a scientific mystery that the arrival of earthlings has solved. 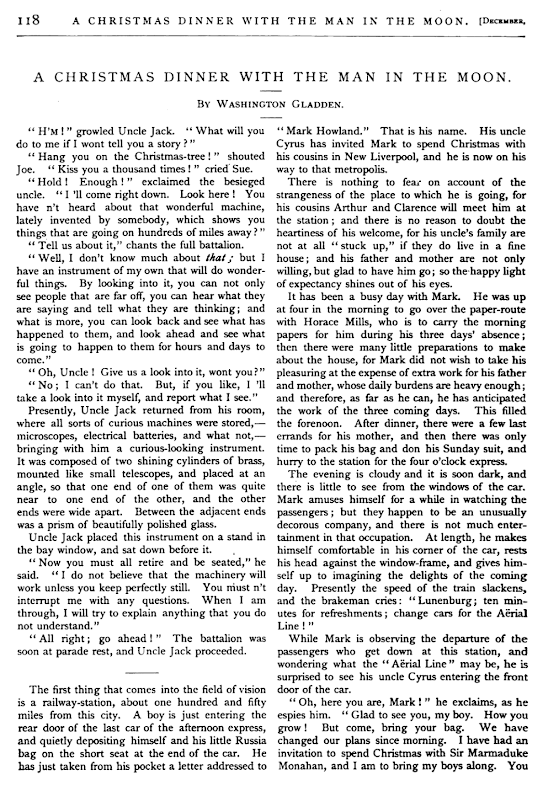 Even more than flying cars, perhaps the longest-standing dream of Science Fiction is the robot maid. Tales of adventure and exploration in the far interstellar frontiers excite the more science-minded, but the average person is, quite understandably, more interested in how technological development is going to improve their daily lives. Sometimes it won't, which is the focus of dystopian "Anti-Science Fiction", but more often it's a bit of a mixed bag. The most famous example of the robot maid - Rosie from The Jetsons - is closest to getting it right... What will happen when we have robot maids and flying cars and condos on stilts and all of that? Basically the same things that have always happened. 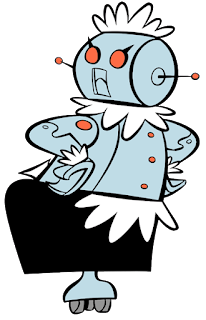 Despite a steady stream of misfortune, Elizabeth Whitfield Bellamy maintained a steady stream of fiction writing. Born in 1837 in Florida, her affluent family moved to Antebellum Georgia to provide a better education and quality of life for the children. It was not to last: at the height of the Civil War, both of her children and her husband passed away of illness and the family plantation was left in ruin and bankruptcy. Widowed, Elizabeth went to live with her parents and afterwards her brother's family, earning her keep with teaching and writing. She stayed with her sister-in-law when her brother passed away in 1884 of bronchitis at the age of 45. Ely's Automatic Housemaid, a satirical exploration of the subject of robot maids, was one of her last short stories.
The following is the full text of Ely's Automatic Housemaid as it appeared in the December 1899 issue of Black Cat Magazine, only a few months before she herself passed away. Click on each page for a larger version.