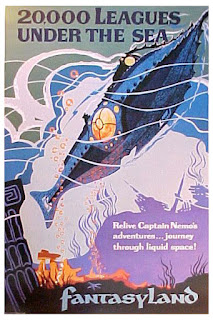 
Though 20,000 Leagues Under the Sea was just shy of 20 years old when Walt Disney World opened in 1971, the film had hardly been forgotten. It was ostensibly Disney's greatest live-action film to that point, certainly its greatest live-action adventure film, kicked off an explosion of Verne-inspired films that was only just barely ending by the Seventies, and inspired an entire generation of youth. It was also freshly re-released to theaters in 1971, to capture the imaginations of another generation.

The ride was essentially same between Anaheim and Orlando, but the Vernian version gave a few tweaks and nudges to fit the theme. Visitors would enter beneath the iron canopy of the dock to an acoustic medley of sea shanties, including Whale of a Tale. Unlike the gray coning towers of Disneyland's sleek atomic fleet, the menacing profile of the Nautilus would sweep into dock where helpful swabs would take your E-ticket and escort you to the red faux-leather seats where you would be able to see the adventure unfold through your very own porthole.


The same general show scenes from Disneyland's Submarine Voyage were contextualized with additions from 20,000 Leagues Under the Sea, such as the harvesting of the ocean's culinary bounty and a climactic squid attack. This translation from the Submarine Voyage also meant that a few prime sequences from the novel not included in the film were accidentally restored, such as the trip beneath polar ice and the discovery of Atlantis. Of course, it had its charmingly fantastical, Disneyesque note of mermaids and a sea serpent as well, justifying its inclusion in Fantasyland. The 11.5 million gallon lagoon was ringed with volcanic rockwork to simulate Captain Nemo's secret base of Vulcania, and beaches with pirate ephemera and treasure chests.

Rather than trying to describe the attraction, here is a video shot just a year before it closed...


In 1994, the last Nautilus sailed its chlorinated lagoon. Though popular in its own right, 20,000 Leagues Under the Sea was expensive to maintain and had a low guest turnover because of the relatively elaborate loading and unloading process. It could take up to five minutes for a Nautilus to unload one group of passengers and load on another, which is an eternity compared to the mere seconds for a ride like Haunted Mansion or Pirates of the Caribbean. Rumour has it that Walt Disney World's operations staff also deliberately misrepresented the ride to management to make it appear more like a troublesome deathtrap than it actually was. Whatever the reason, it was a hard blow to fans of Walt Disney World who had as much, if not more, nostalgia for the ride as for the film it was based on.


After a few years of immobility under the punishing Florida sun, the fleet of Nautili were eventually removed. The majority were stripped for anything resellers could hock on Ebay and buried in a landfill. One was preserved backstage as a prop that is pulled out for periodic special events. Two were transported to Disney's private island Castaway Cay in the Bahamas, whereupon they were sunk in the snorkeling lagoon catering to Disney Cruise Line guests. One of these two was destroyed by a hurricane, but the other remains, slowly being consumed by the sea in an eerie final note to the film's ending.

Statues of characters from The Little Mermaid were installed temporarily in the lagoon and the queue used as a character meet-and-greet. Eventually the lagoon through which the Nautilus once sailed was drained and filled with earth. The first attraction to occupy the green space left behind was "Pooh's Playful Spot," a playground opposite the Winnie the Pooh ride (that itself replaced the even more popular Mr. Toad's Wild Ride). Then, in 2011, Disney announced plans for New Fantasyland, an expansion program that included a restaurant and character meet-and-greet based on Beauty and the Beast, a roller coaster themed to Snow White and the Seven Dwarfs, and an import of the ride based on The Little Mermaid that was originally built for Disney's California Adventure theme park.

All along the way, Imagineers placed small nods to the beloved attraction that once occupied the spot to be taken over by New Fantasyland. Inside Pooh's home in Pooh's Playful Spot, a knot in the wood that resembled the Nautilus was sculpted over the door. This still exists, though the tree was displaced by the Seven Dwarfs Mine Train and can now be found at the entrance to the Winnie the Pooh ride. 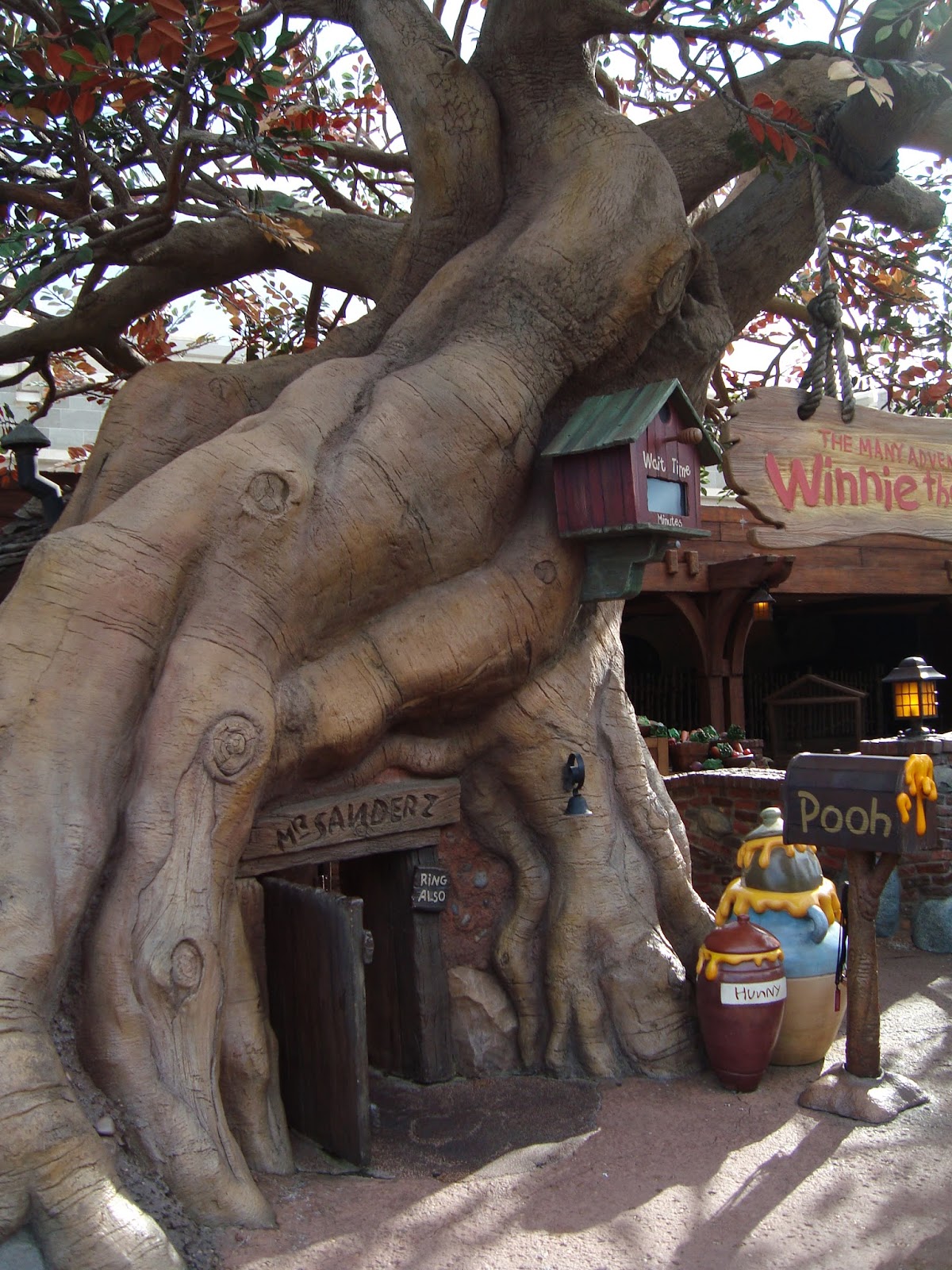 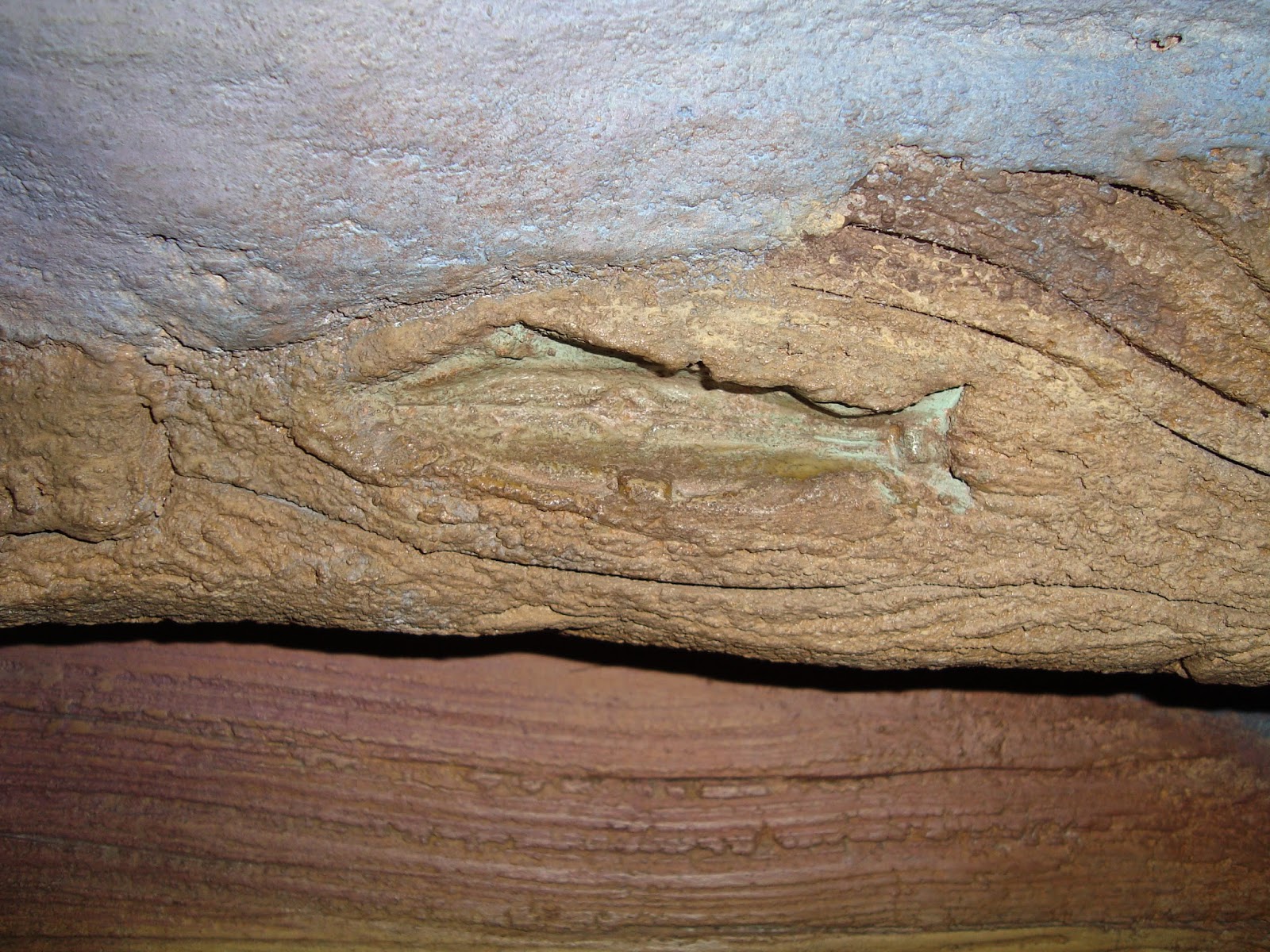 The next most logical place to put references to 20,000 Leagues Under the Sea was around the queue for Under the Sea: Journey of the Little Mermaid. When the attraction opened, Disney orchestrated a "passing of the torch" ceremony using water kept in flasks since the closing of the previous attraction.


A reference to the Nautilus was also placed into the rockwork at the waterline of the tidal pool that runs alongside the outdoor section of the queue. A keen listener will notice Whale of Tale as part of the area's background music loop. 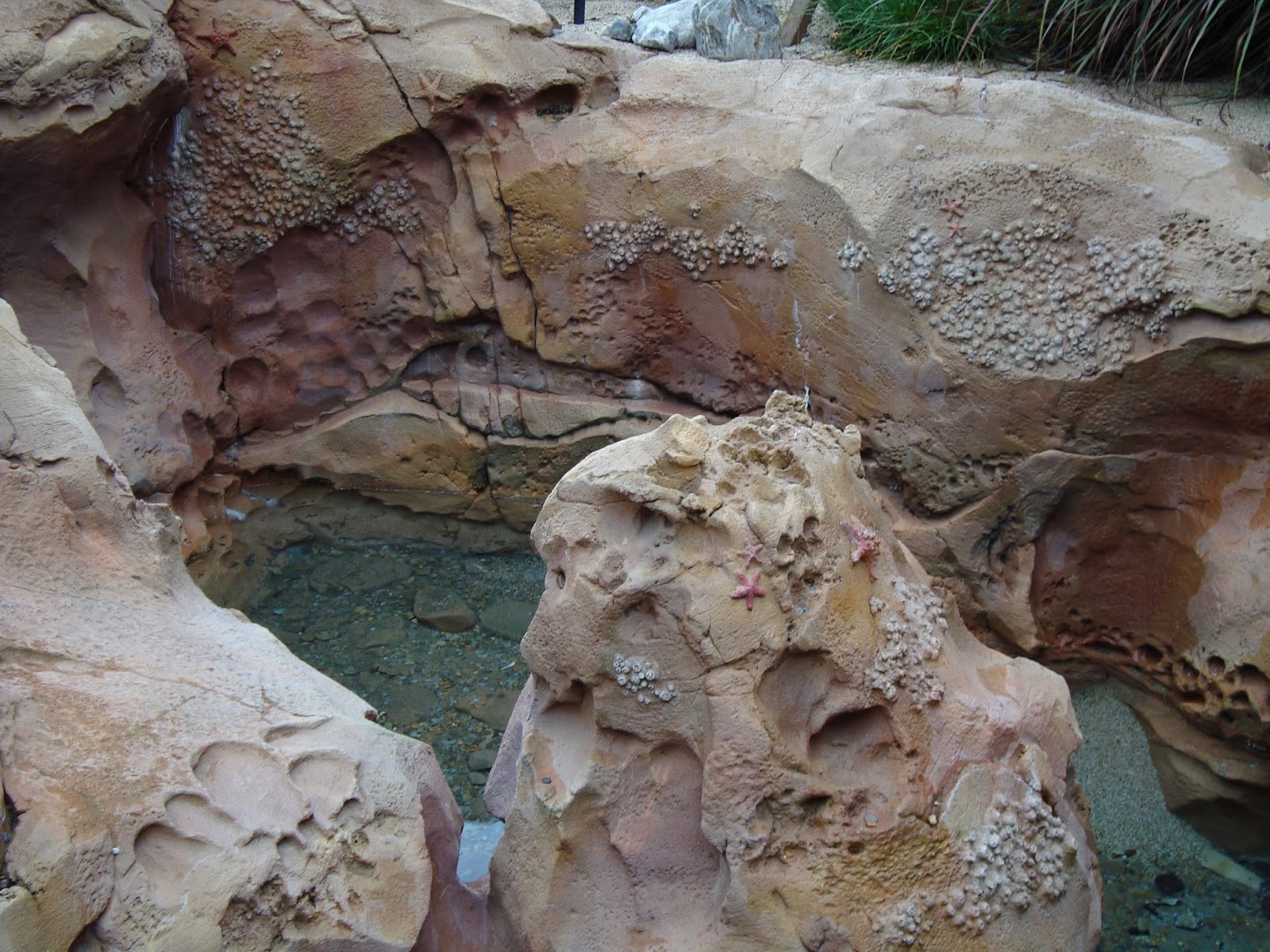 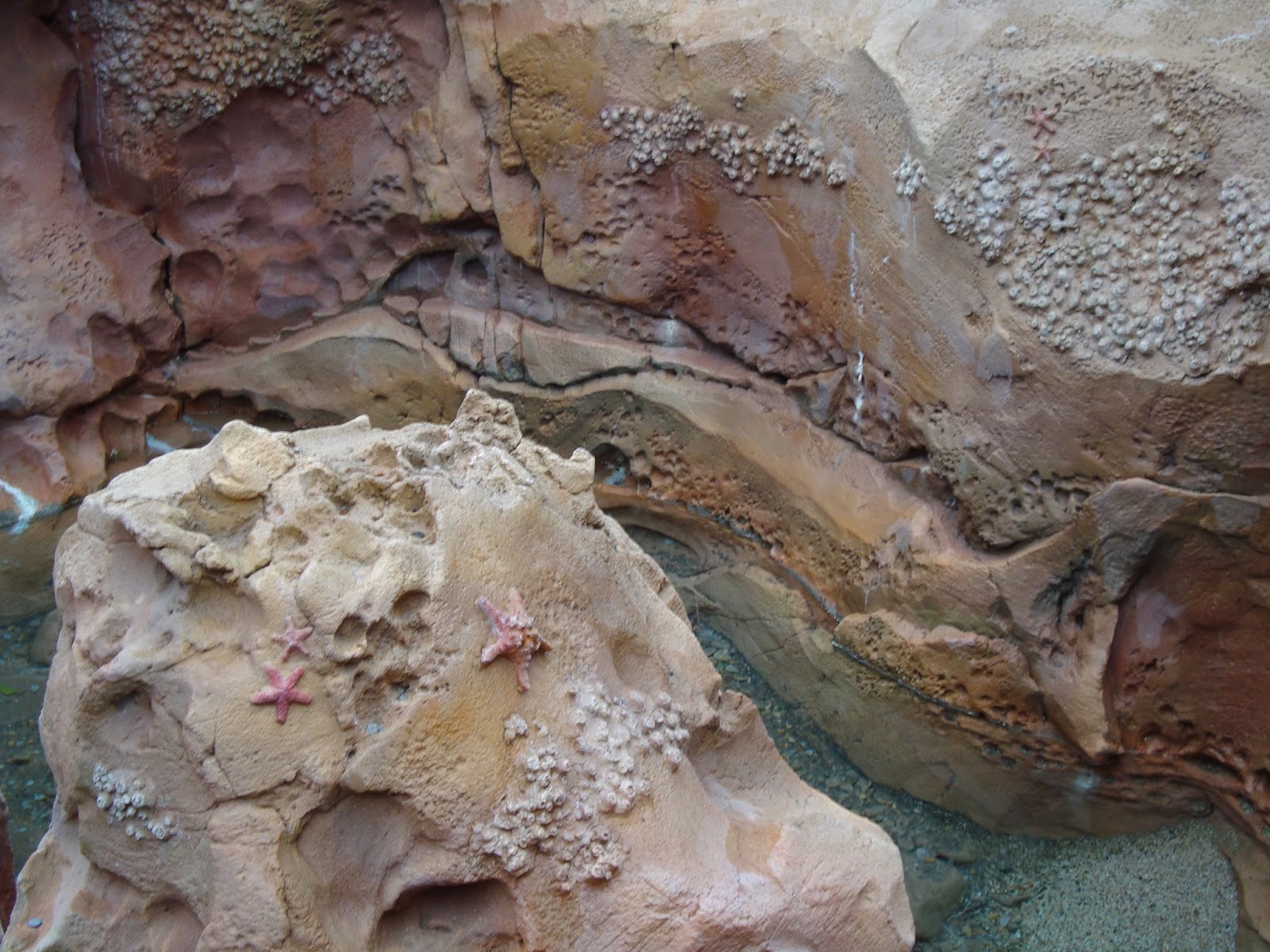 Across from the ride is a tiny "fishing village" that houses a Disney Vacation Club timeshare sales desk. Imagineers managed to pop a few references in here as well: namely, the squid weathervane and "H. Goff Cartography." The cartographer's sign is itself a Hidden Mickey. 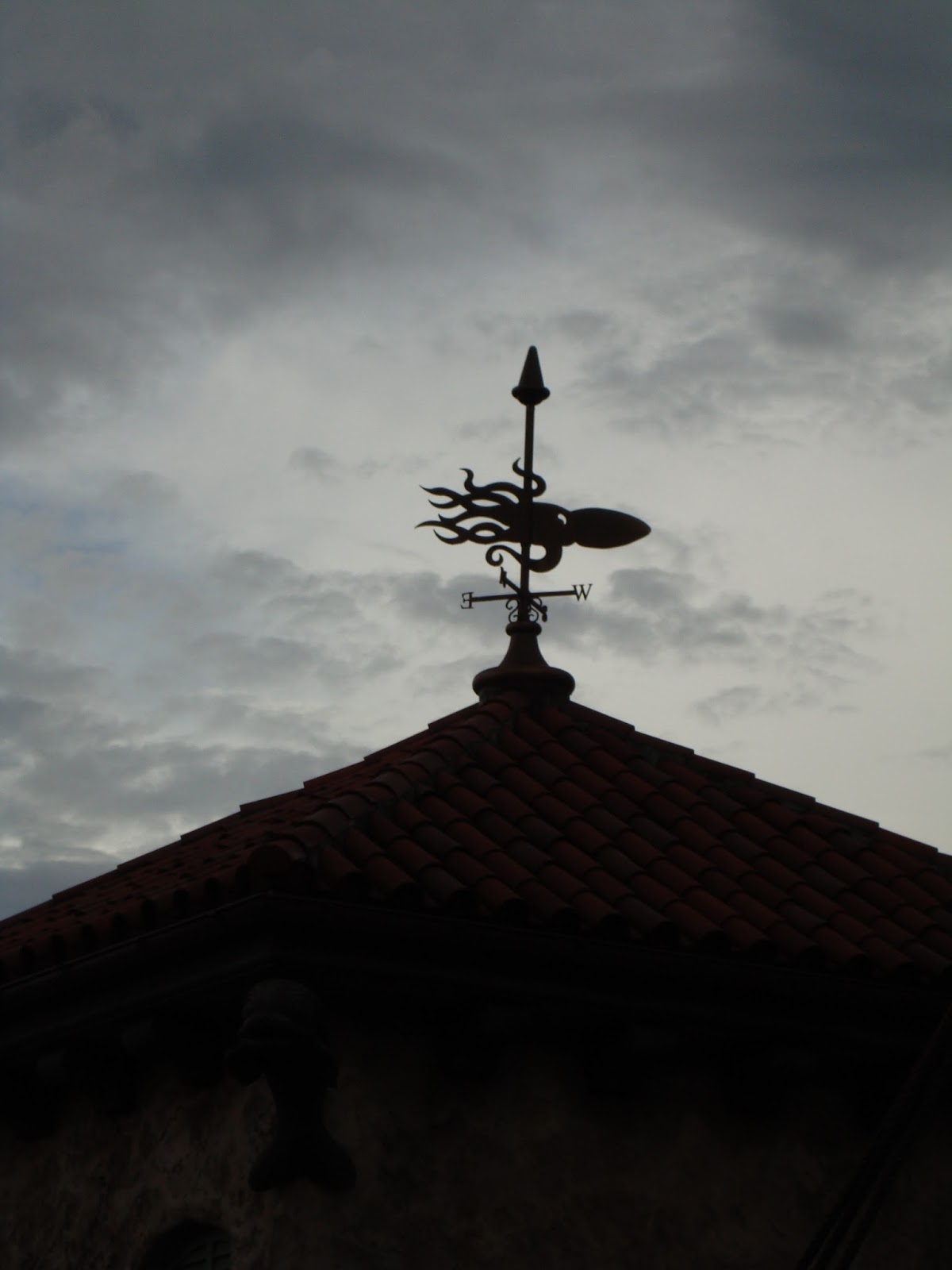 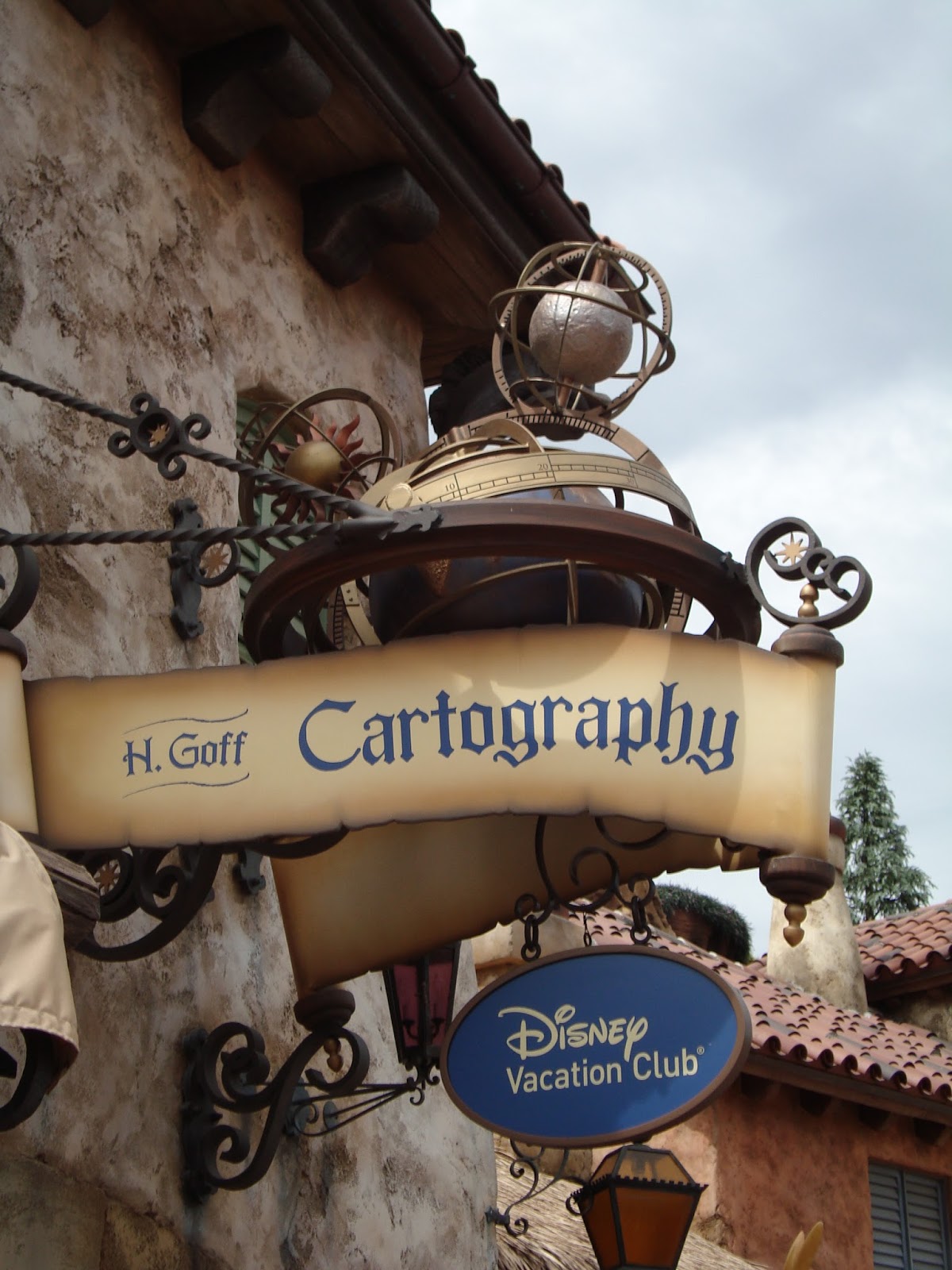 The latest and most extensive reference to the 20,000 Leagues Under the Sea attraction to be found at Walt Disney World is Trader Sam's Grog Grotto bar in the Polynesian Village Resort. The original Trader Sam's Enchanted Tiki Bar opened in 2011 at the Disneyland Hotel in Anaheim, as part of a suite of renovations that accentuated the resort's mid-century cachet. It was also a huge hit with locals, Tiki aficionados, and visiting guests, leading Disney to develop a version in Florida. One of the appeals of the original Trader Sam's is its plethora of references to Disneyland attractions and Disney history, which was replicated at the new location with Walt Disney World's own unique history. This included props and paintings recalling 20,000 Leagues Under the Sea (such as a diving helmet behind the bar and a squid tentacle over it), and a drink served in a Tiki mug shaped like a native carving of the Nautilus. Certain drinks at both Trader Sam's are served with their own light and sound show, including the Nautilus as seen below...

The combination of Victorian Scientific Romance with the Tiki aesthetic may seem incongruous at first. Yet a large part of Disney's 20,000 Leagues Under the Sea film took place in the South Pacific, including a tropical island with Native cannibals. In both Jules Verne's original novel and 1962 Disney film adaptation of In Search of the Castaways, there are extended scenes in New Zealand where they are taken captive by hostile Maoris. In the novel, the character of Thomas Ayrton (played by George Sanders in the film) is marooned on the phantom island called Maria Theresa Reef, or "Tabor Island" on French maps. It reappears in Verne's Mysterious Island when the characters stranded on Lincoln Island (Nemo's secret base) rescue Ayrton. In the 1961 Columbia Pictures film adaptation of The Mysterious Island (itself treated as a kind of unauthorized sequel to Disney's film), the two islands are conflated and the heroes discover Ayrton's remains on the single unnamed island. As an author, Verne revisited the South Pacific in The Floating Island, Two Years' Vacation and The Kip Brothers.

It may still take some time for the memory of Walt Disney World's 20,000 Leagues Under the Sea attraction to go out with the tide of memory. These allusions in New Fantasyland and Trader Sam's Grog Grotto are still merely references to things that once were. Perhaps some day it will be possible to go for a Nautilus drink and appreciate it for what it is and for the film itself, without the melancholy reminder of what was one of Disney's greatest rides.
Presented by Cory Gross

THANK YOU SO MUCH for this excellent article, pictures and videos! Brought back many, many fond, childhood memories! :)