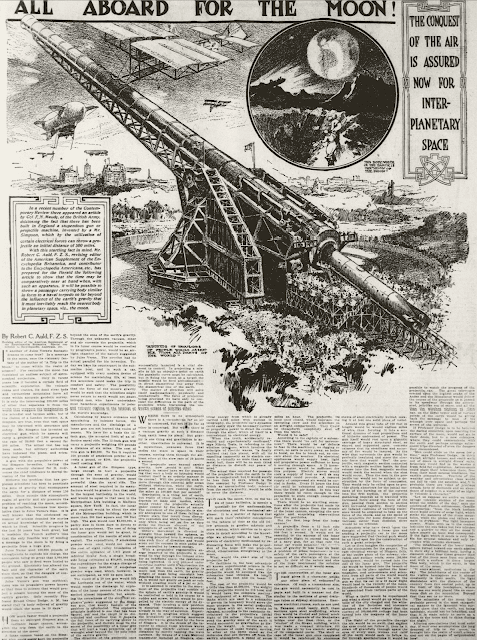 The potential real-life applications of the electric gun were a source of consternation, however. Journalist and pacifist William T. Stead, who died aboard the Titanic, stated that "Mr. Simpson's invention, which will shortly be tried by military and naval experts here, is one of the most efficient arguments in the cause of peace if brought forward." Unfortunately he fell into the common fallacy that it would only take a weapon of sufficient destructive power to horrify humanity into peace. If only that were true.

The Telegraph issued a more concrete column about the invention.

It is heartwarming, if naive, that a redeeming use for the discovery in the form of celestial exploration was found so quickly.