Ellis Parker Butler, the eminent American humourist and author of Pigs is Pigs and An Experiment in Gyro-Hats, strikes again in this story of invention gone awry published in the September 1909 issue of Cosmopolitan Magazine. It is presented here as it was originally published, with illustrations by Horace Taylor. Click on the image for a larger version.
And a note on dialect: the character Casey is supposed to be Irish. 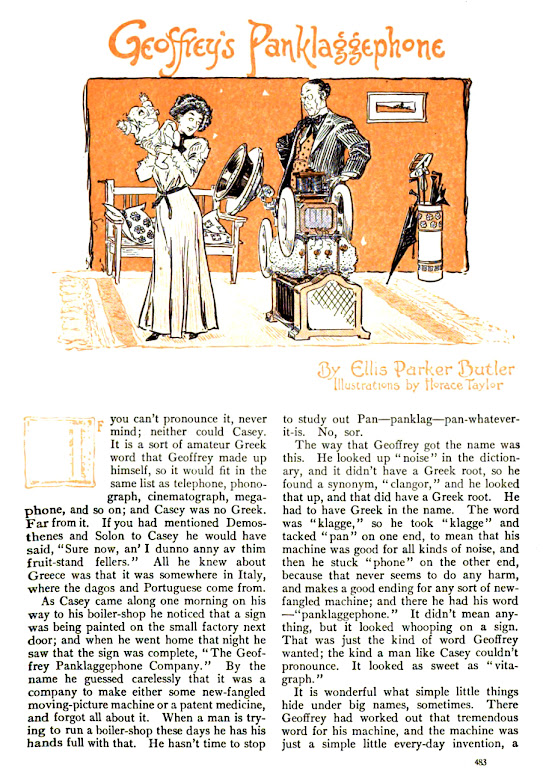 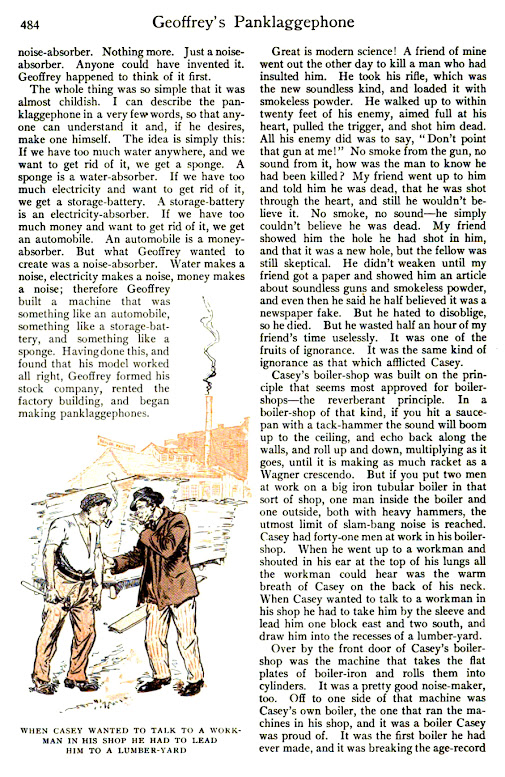 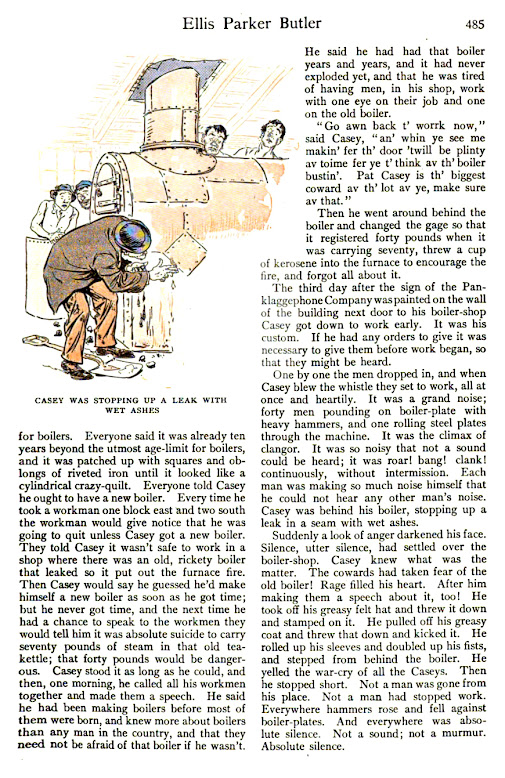 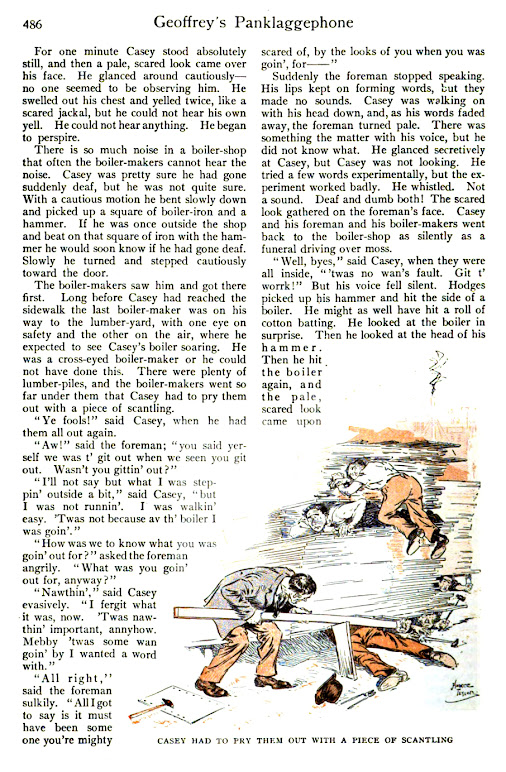 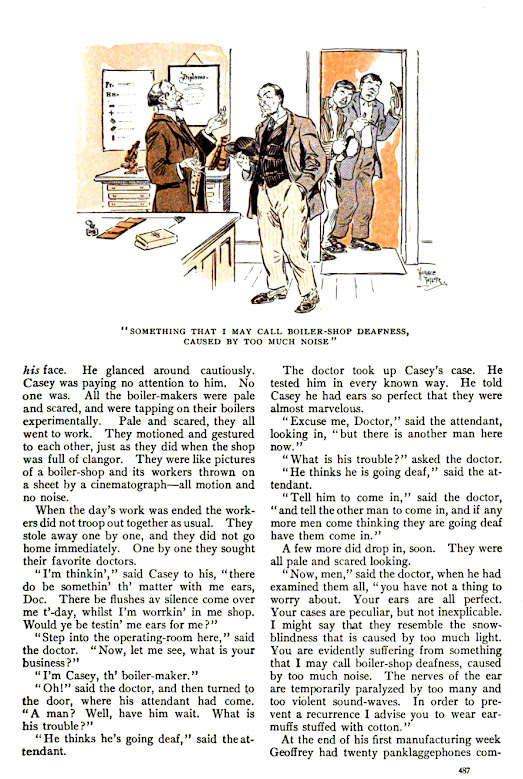 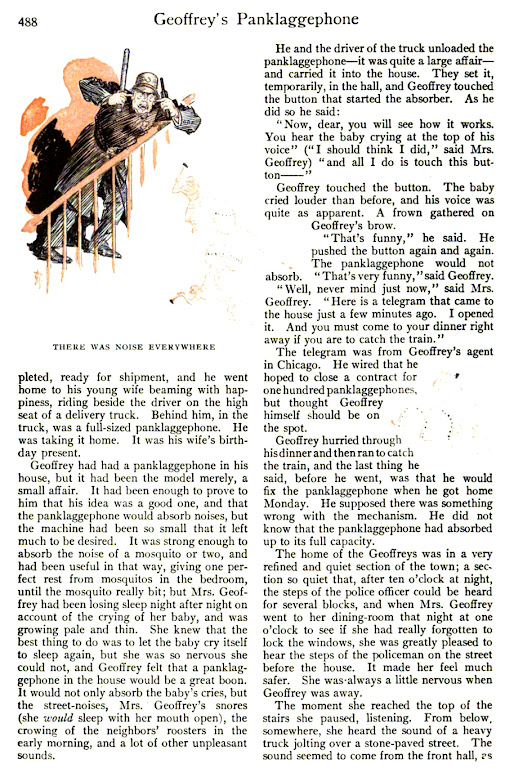 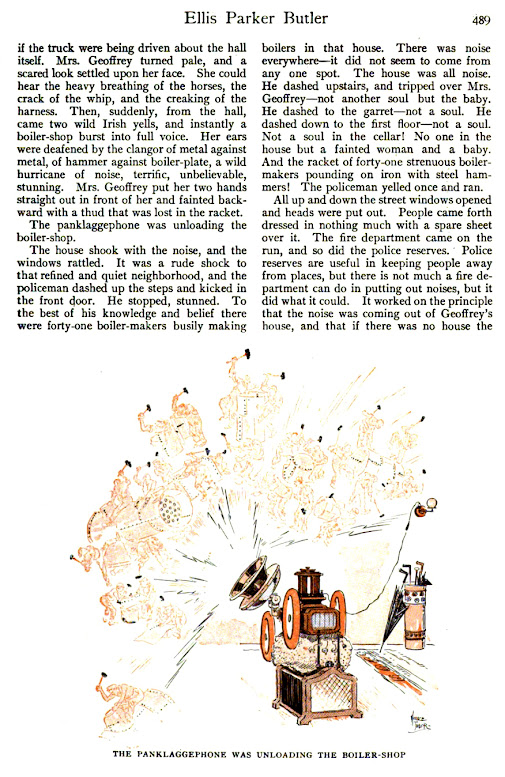 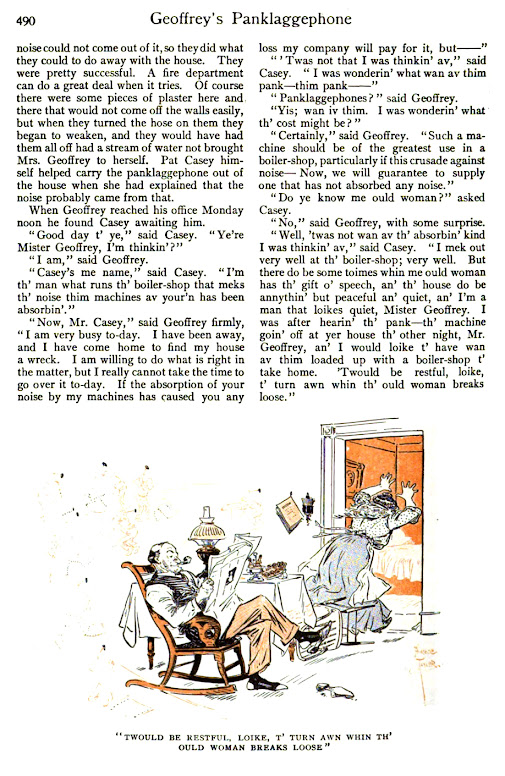