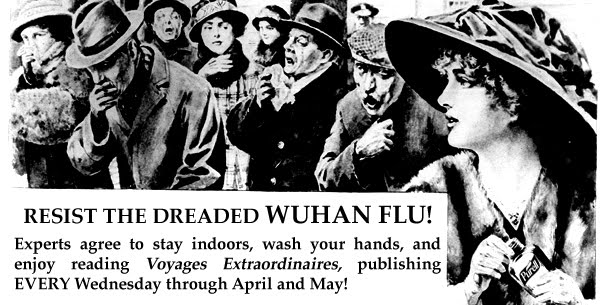 As some may have noticed, I messed up the new schedule and posted two weeks in a row, the last time being last week. In lieu of what should have been today's post, I humbly present a guest post I wrote for Carousel, the official blog of Skyhorse Publishing. They were kind enough to invite me to write a piece on their recent republication of The Adventures of Tom Sawyer and The Adventures of Huckleberry Finn. 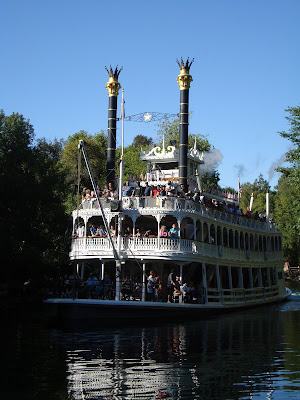 The Victorian Invention of Christmas

On the odd occasion when I am asked what the greatest invention of the Victorian Era was, I tend to step sideways on it. Yes, various industrial, scientific, entertainment, and transportation technologies are interesting, but I think the best invention of the Victorian Era is the middle class. The idea of the bulk of persons in a society standing between obscene wealth and dire poverty, being able to enjoy opportunity and the fruits of their education and labour, to experience personal freedom as a birthright rather than a class privilege, is a remarkable idea virtually unprecedented in human history. For my second favourite Victorian invention, I may have to say Christmas.

Scientific Romances in the Atomic Age

The resolution to the War in the Pacific in 1945 threw a wholly new anxiety onto the shoulders of the world: the heretofore impossible spectre of actual global annihilation. The atomic bombings of Hiroshima and Nagasaki culminated a trend begun with The Great War. In that first conflict, the "Christian Century" of infinite moral progress was crushed beneath the violence of technological warfare predicted by the likes of H.G. Wells, George Tomkyns Chesney, and the other 19th century writers of doomsday invasion stories. Often they predicted an apocalyptic outcome to the oncoming war, but humanity's execution was blessedly stayed in 1919. Even with advances in tank, aeroplane and explosive technologies, truly obliterating humanity was beyond humanity's power.

Then along came The Bomb.

To make the situation that much more dire, the end of the War in Europe also furnished a new and powerful opponent. No sooner were Germany and Japan brought to heel than the Soviet Union filled the vacuum, being a more expansive and more horrific regime than the two villains of World War II combined. Furthermore, Stalin also possessed The Bomb and, under Khrushchev (with help from Castro), the animosity between the USSR and the USA nearly led to Armageddon. While both sides built up their capacity for mutually assured destruction, proxy wars were held in Southeast Asia and in the ideological realm of outer space.

Our ability to smash atoms and potential to harness them for a new technological age, as well as the Space Race and its naive utopian promises, formed the perfect backdrop for what would later be recognized as the Golden Age of Science Fiction in film. The Great War that closed out the Victorian-Edwardian Era also closed out the genre of Scientific Romances; stories of adventure in far-flung places that shared the thrill of scientific discovery, technological innovation, and colonial exploration to a pre-film society, written by the likes of Jules Verne, Garrett P. Serviss, Sir Arthur Conan Doyle, Camille Flammarion, Edward Everett Hale, and Edward Ellis. Between the wars, the only books of Verne's that were adapted to film were his spy adventures like Michael Strogoff, with a solitary exception in 1929's The Mysterious Island that had more in common with its own time period than Verne's original novel. Science Fiction, properly speaking, took over during the interwar period, in everything from serious meditations on how science and technology may affect society in such works as Metropolis (1927) and Things to Come (1936) down to the Pulpy action-adventure of Flash Gordon (1936) and The Phantom Empire (1935). This nascent realm of Art Deco and radium transformed into the world of Googie and the atom after the Second World War.

Nevertheless, people old enough to beget the Baby Boom were themselves old enough to remember those years before the First World War, or remember the stories told by their own parents. The Gay Nineties re-surged as a reassuring nostalgia in film and places like Disneyland. One user of the Tiki Central forum referred to Tiki lounge culture as the "emotional bomb shelters of the Atomic Age," and the same could be said of retreat into bygone days of bustled ladies in feathered hats and suffragette sashes, men in seersucker and handlebar moustaches, horseless carriages, pennyfarthing bicycles, Queen Anne revival architecture, barbershop quartets, and marching bands playing in town square. The authors of the Victorian-Edwardian Era came along with it. In particular, those writers of Scientific Romances became suitable for reinterpretation as modern Science Fiction.