Clement Fezandié's Through the Earth, Parts III and IV

The bold experiment of drilling a tunnel through the earth complete, parts III and IV of Clement Fezandié's Through the Earth follow young William Swindon's experiences as he makes the perilous first voyage. In a footnote, the author assures us that his text has been double-checked for accuracy by a professor of Applied Mechanics, and what he describes is a fairly accurate impression of artificial weightlessness created through extended freefall. It's much the same process used by NASA to train astronauts, though in the real-world case it is induced by plummeting a special airplane into freefall. It is also how space shuttles and other bodies achieve orbit. Technically they are constantly falling towards the earth, but the earth curves away beneath them before they can land.

These chapters appear as they originally did in the March and April 1898 editions of St. Nicholas Magazine, with illustrations of William A. Mackay. After the serial completed, Fezandié and St. Nicholas Magazine's parent company, The Century Co., republished it as a book with some additional chapters of background and incident. 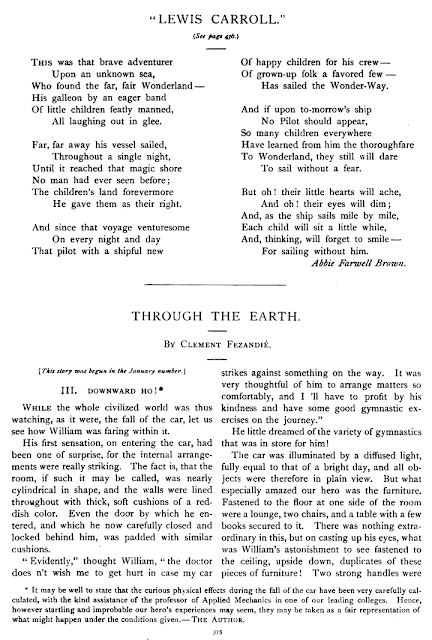 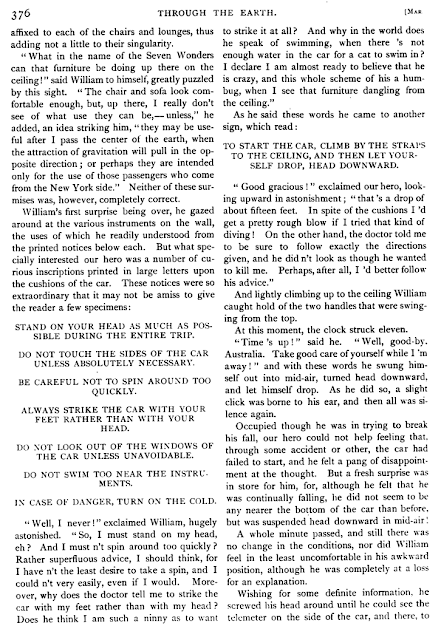 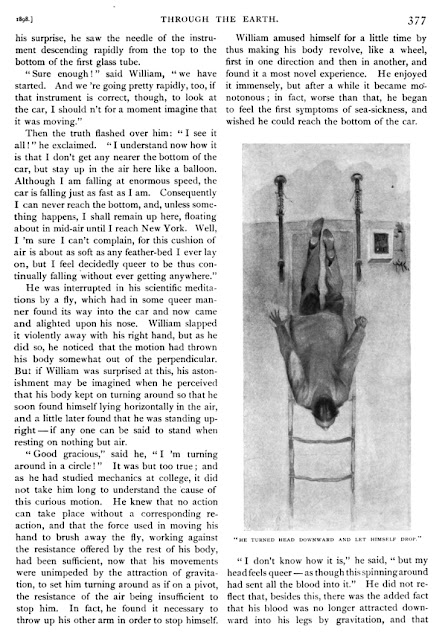 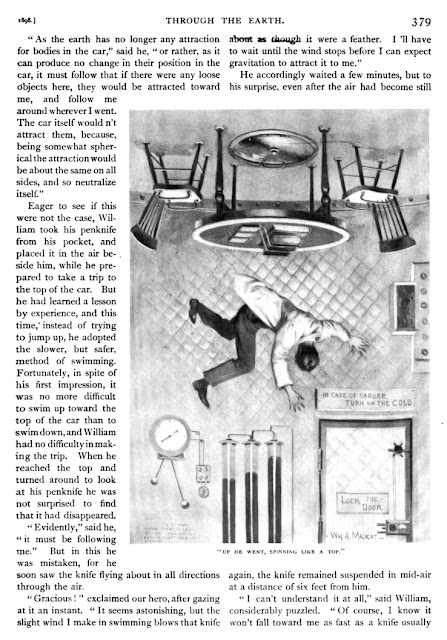 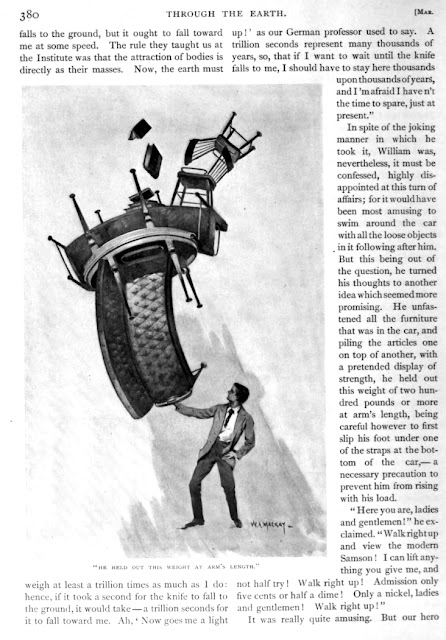 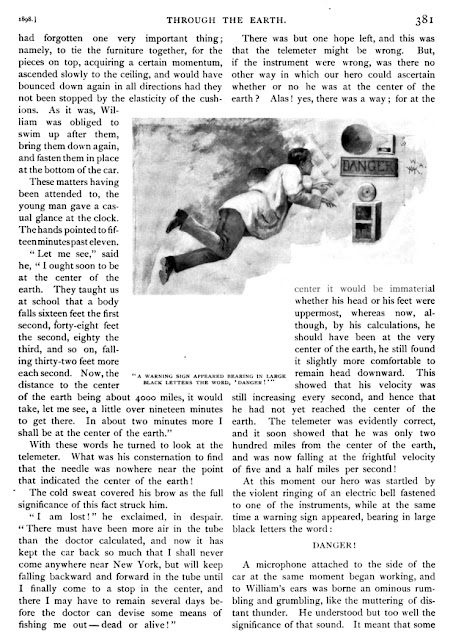 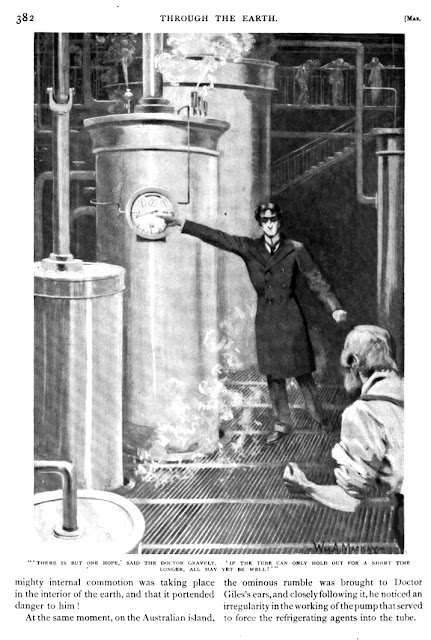 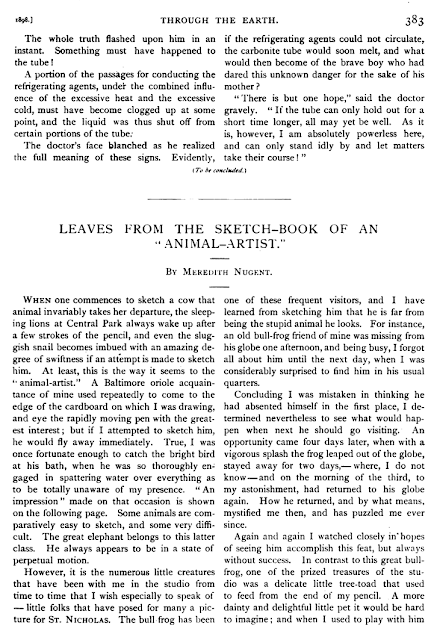 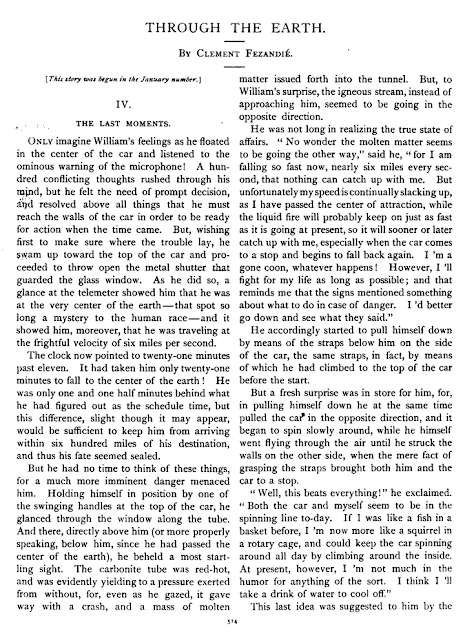 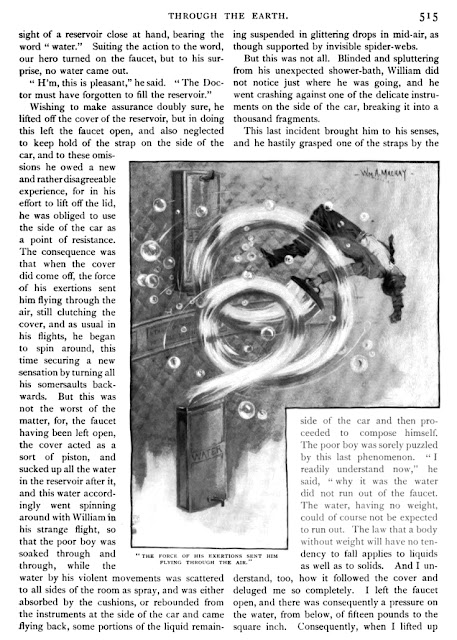 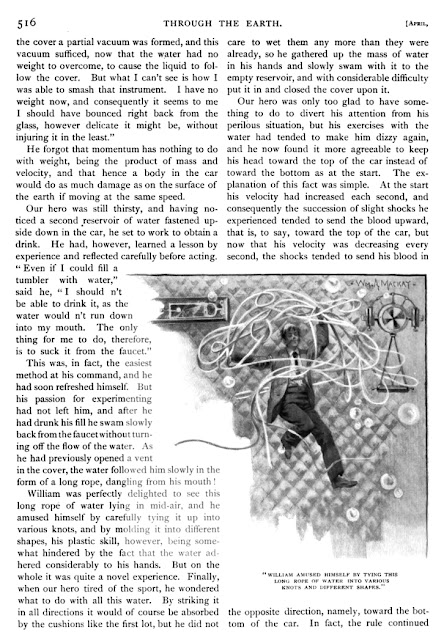 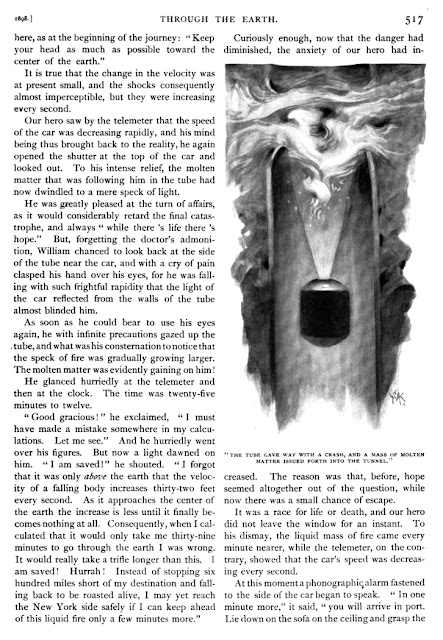 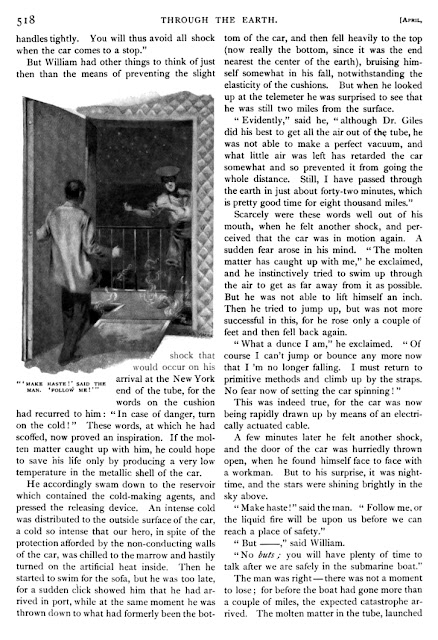 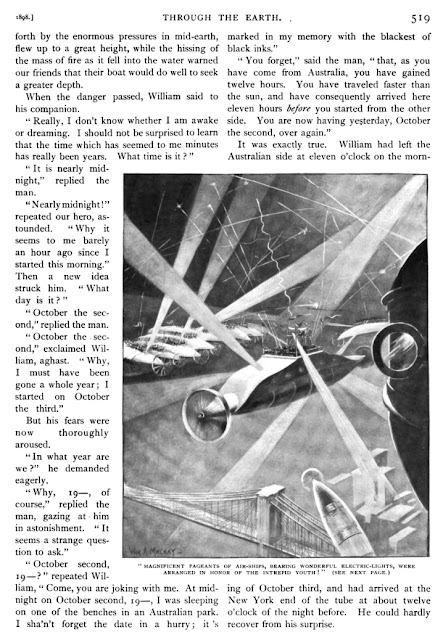 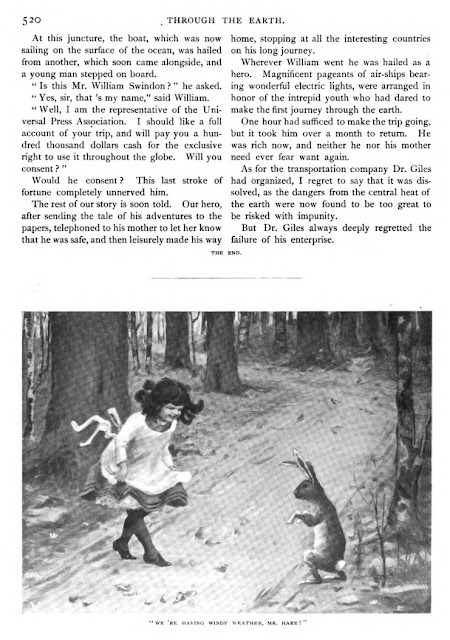