In January 1900, the German chocolate company Hildebrands placed these depictions of the Fatherland in the year 2000 in packages of cocoa and chocolates. Like En L'An 2000 and Moscow in the XXIII Century, these cards depict the usual turn of the century ambitions: airships, submarines, covered cities, television, and improved security. The overriding theme is bringing the hitherto unobtainable into the everyday. Aerial travel becomes everyday, and can even be used to venture to impenetrable locales like the Arctic. The oceans become accessible, and what isn't directly accessible is observable through mass media. So, in many ways, we are living in the golden age of Victorian futurism... I just wish it looked as good as these cards. 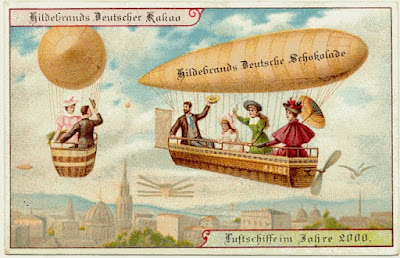 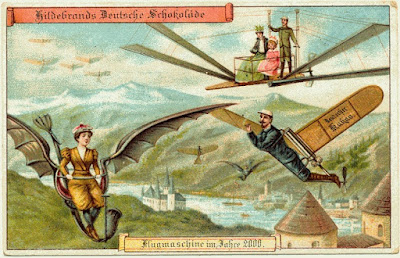 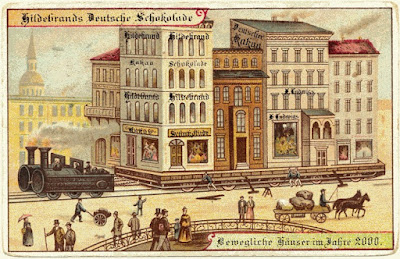 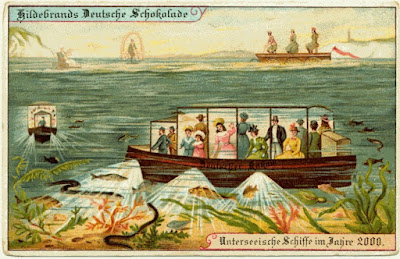 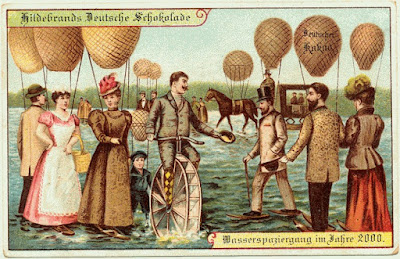 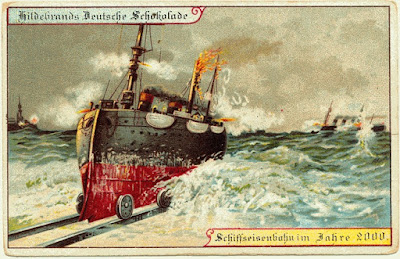 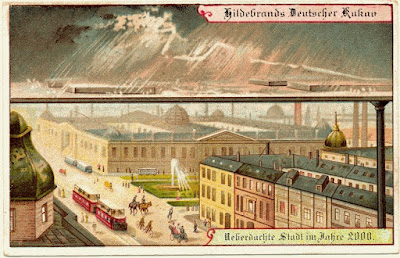 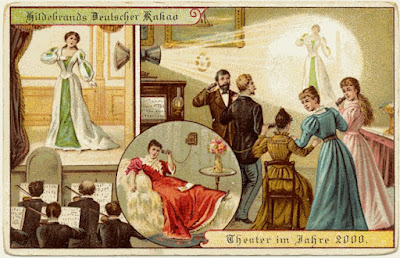 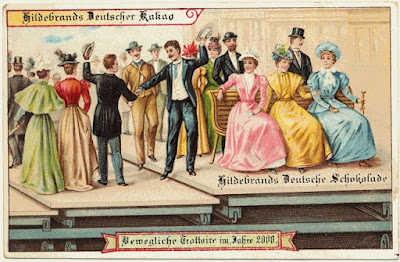 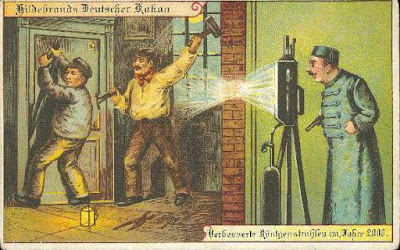 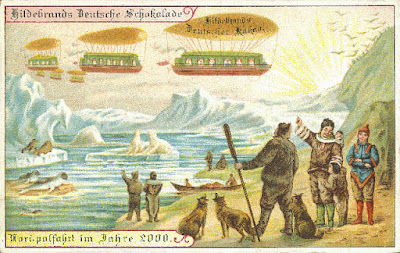 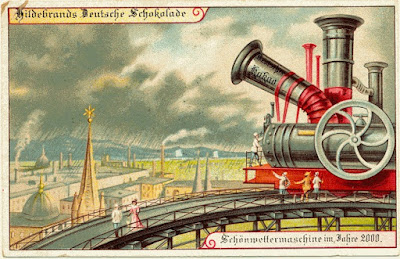